With a basic level blocked out, the past month has been mostly about testing, tweaking and twiddling with gameplay. This meant a lot of playtesting followed by minor adjustments to scripts and code, as well as the usual "let's streamline everything" followed by the equally usual "oh god everything is broken now", followed by fixing it. None of this makes for particularly interesting pictures of videos.

One thing which is "screenshotable" is the new level based statistics screen which now pops up at the end of the level. Previously at the end of each level a continued game progress screen would display, giving various statistics on the player's progress that run. Now a minor version detailing statistics from the previously completed level displays with information and percentages relating to player activity. 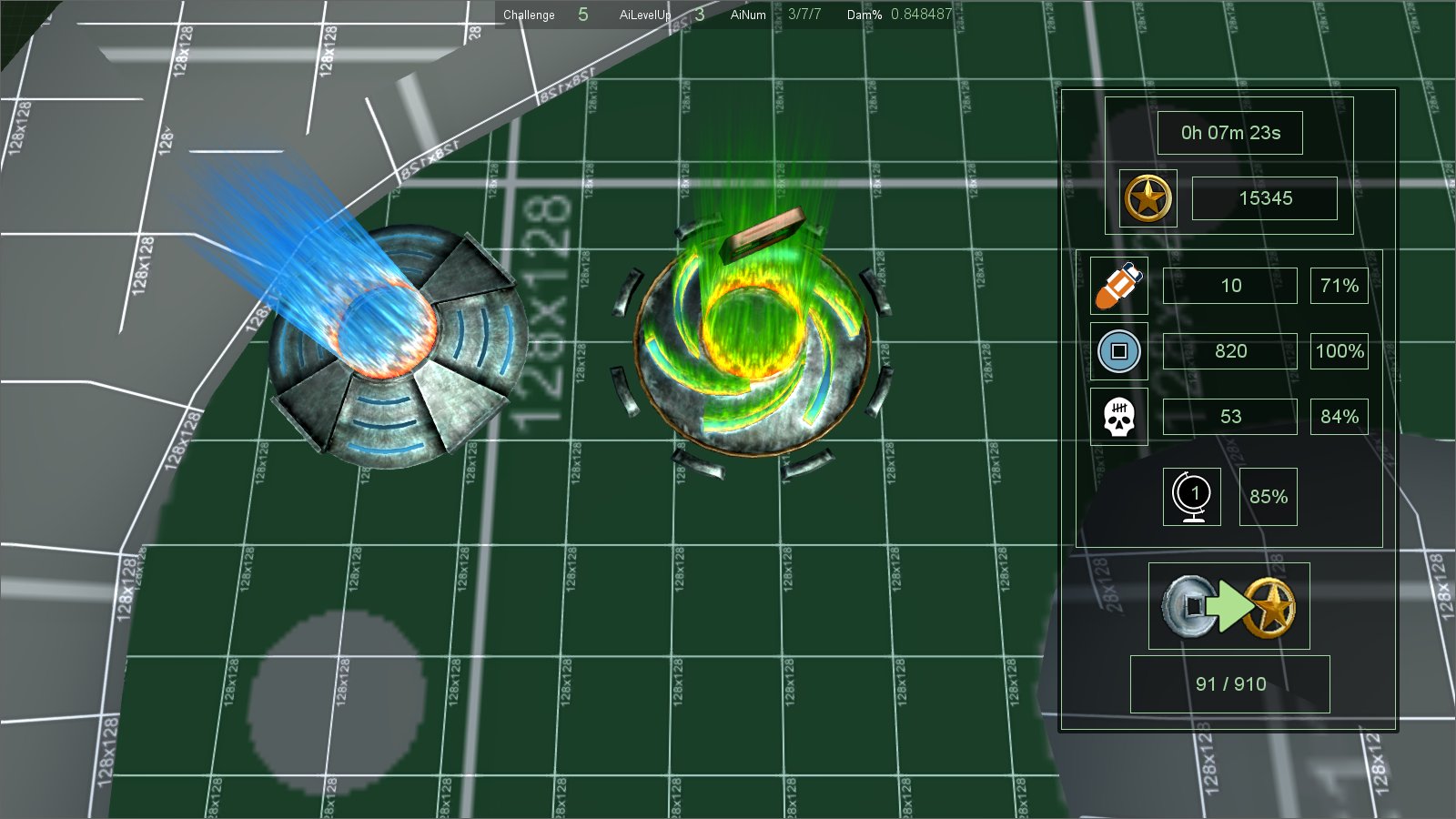 From the top; time taken to complete level (or die a horrible death, whichever comes sooner), score for that level, swag parcels opened, cash looted, enemies killed, overall percentage for that level/world and finally the pre-existing, remaining cash on exit converted to points. Once art and animation are the priority "something interesting" will fill the left side of the screen too - probably the players character with a celebratory animation corresponding to level completedness.

This level statistic interface then fades into the standard game progress screen which gives a more indepth view of statistics which the player has achieved. 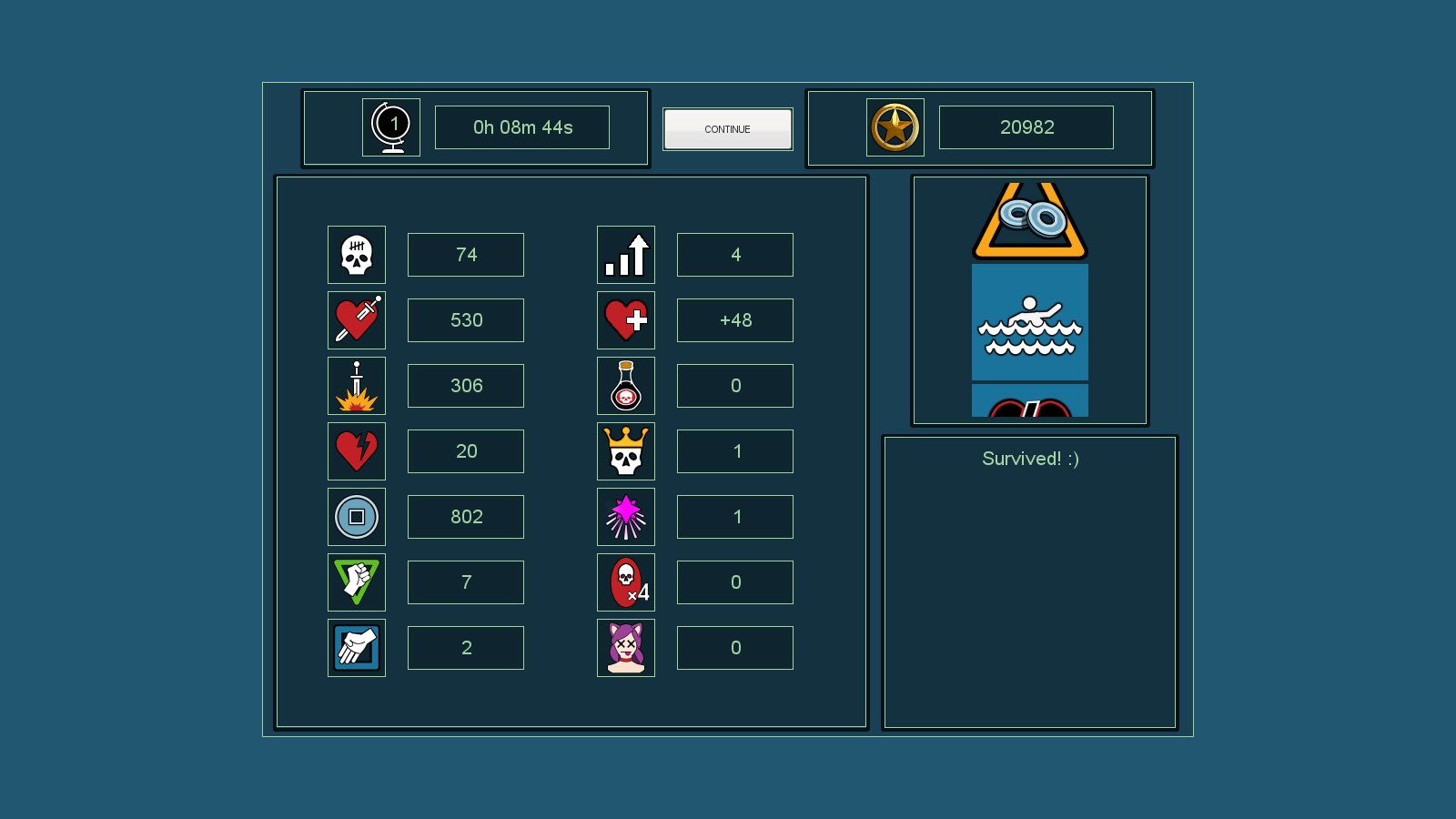 I had also started to list the various types of enemy and player characters and abilities which I want to feature in the game. Variation is the nemesis of repetition and thus a wide assortment of enemies and capabilities is something to strive for. Currently in the way of hostile attacks I have a simple melee enemy, a charging enemy and projectile shooting one. These are certainly the main themes for the opposition which can feature good variations. On top of this I have already coded "elite" enemies who have special abilities ranging from contact based damage to temporarily slowing the player for a few seconds. These elites carry a certain colour and aura to distinguish themselves to the player as extra inhospitable. They also carry more hit points.

Hit points carry cash which is used to open swag parcels for the player to gain powerups and useable items. Each level the cost of powerups increase, but as the player becomes more powerful and enemies more numerous the amount of lootable coins also increased rather too fast. I have had to reduce the amount of cash enemies drop in later levels as a result of this.

The entire system for usable items has had an overhaul. Previously the player could collect items and be able to use the current highlighted one on screen. Every three seconds thecurrently  sclected item would advance to the next. This became incredibly infuriating when in the throes of combat to try and time using the right item at the best time and often led to the wrong item being used. This has now changed to allow the player to manually cycle through the list of useable items with a simple button press to choose which will be active.

So there we have it. I am continuing to list enemy types, and their abilities in prepartion of when they become actual models. Until then, huzzah for placeholder cubes!
Posted by Steve_Yorkshire at 21:23 No comments: