So, I managed about 3/4 of Dry January before falling off the wagon. Not a record by any stretch of the imagination but there was a solid few weeks without any booze in there.

In the last month of the last year I left on the nail-biting cliffhanger of ... modeling yet another enemy. So yeah, 3 years in, and the player is still a placeholder cube ... anyhow, back to that enemy character. 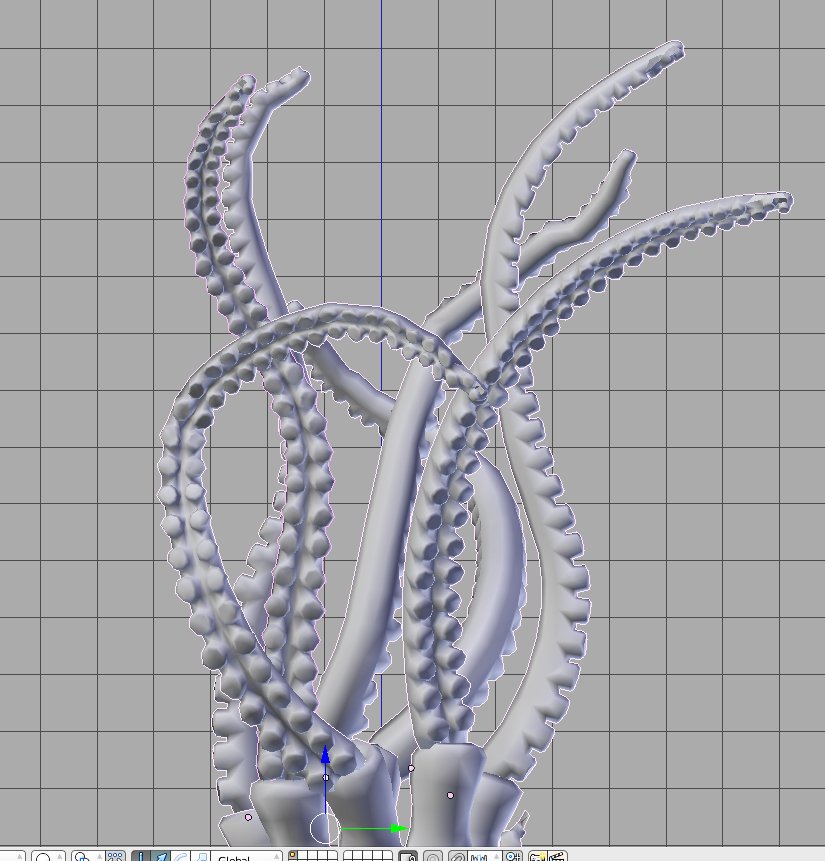 Tentacles. The scourge of cartoon schoolgirls everywhere (okay, only in Japan - literally nowhere else in the world, it's just Japan). 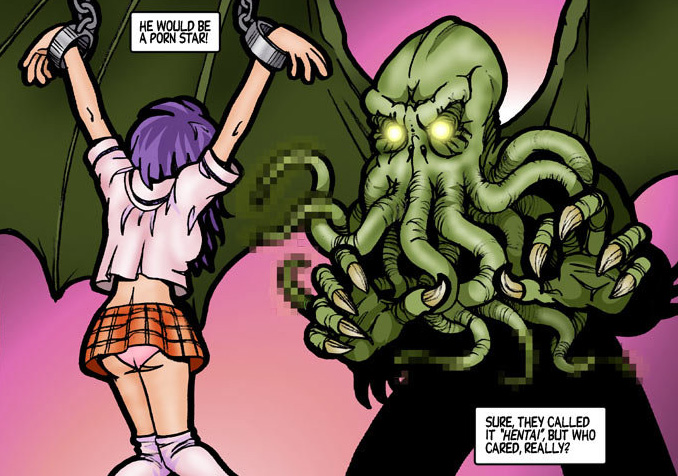 It turn out that one thing a big bundle of psuedopods has trouble with is avoiding clipping into and colliding with each other when you use the minimum amount of keyframes in an animation. Tentacles turned out to be not that difficult to animate, pose into a nice, organic tentacle shape one way, then n frames later and another keyframe the other way. Let Blender 3D do the "tweening" (which is an animation term apparently for automated process of animating between keyframes) and then tweak the middle frame if it looks funny. Unfortunately there was a lot more frames which ended up needing "tweaking" to stop the writhing mass of extremities becoming a jumble of clashing appendages.

Did I ever mention that everything in game dev takes way longer than it would first appear to? Oh, every blog post? Yep, right ... 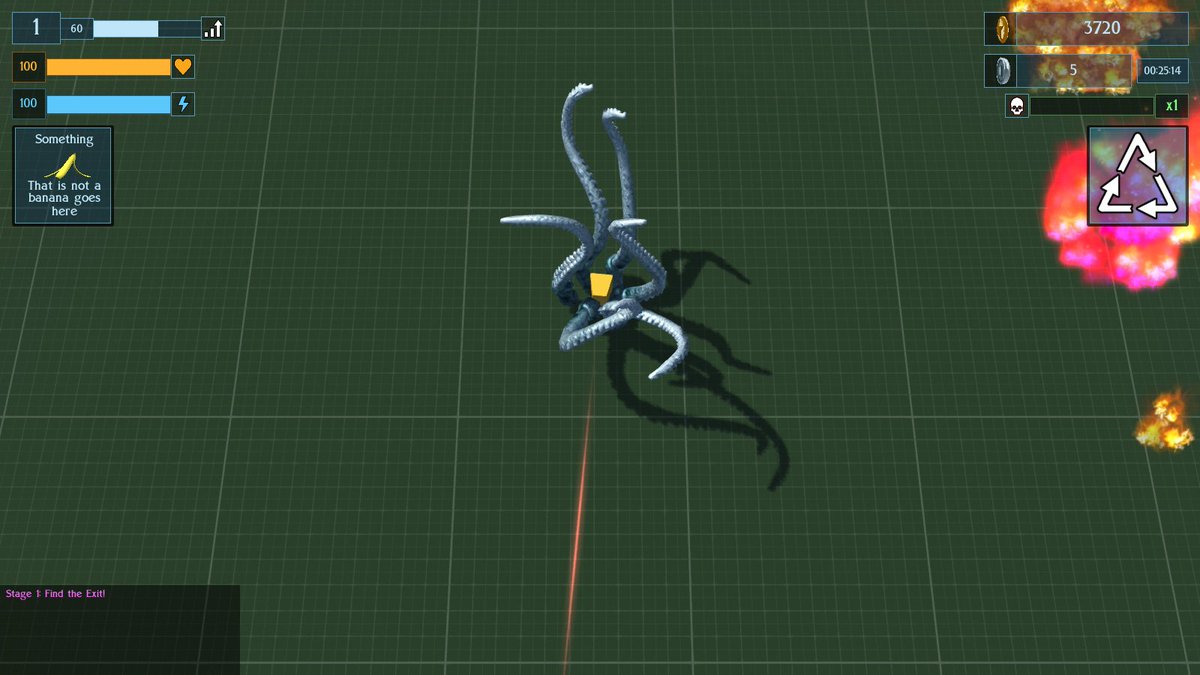 Anyhoo, eventually said tentacles where animated, calibrated, datablocked into actually enemy AI and unleashed into a game level for tweaking - and boy did they need some tweaking. Player ended up squished rather quickly, then it was a case of tweaking data from too easy to too hard until it met in the middle somewhere. 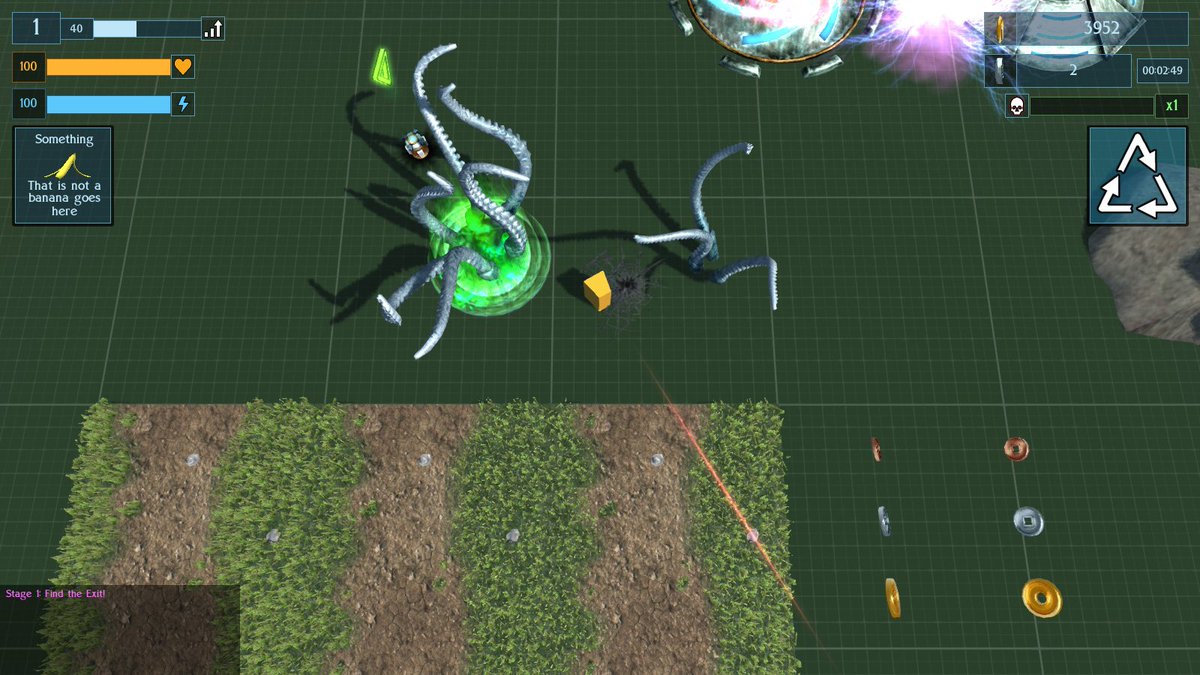 During testing I noticed an issue. Every so often a tentacle would fall from the sky past the camera to where it was supposed to be in the XYZ of the game world. I've seen this happen with other models  before and each time I fixed it and then forgotten what the cause was. The last time I fixed it I remember thinking that next time I will know the cause adn solution ... except for I have forgotten it again ...

I went back and checked through my written notes on exporting animations and then through all my "how to" forum posts ... and it looks like I didn't record the reasons anywhere. It's got something to do with animation or COLLADA format export - but that's as good as my memory is helping right now ... so a bit more testing and tweaking of the model and exporter is required,

I also made a whole load of really cool effects, like spawning and fleeing and attacking - but in actual playtesting there was so much going on that a lot of it is easily missed and the constant rattle of tentacles bursting through the ground gets rather annoying, so I plan on simplifying the audio and also some of the particle effects.

So, that's pretty much January covered. There was some other maths related stuff concerning getting player evasion to trigger the way the player is moving when it's different from the way they are facing - which ended up being more difficult than expected because I forgot to take randomized camera rotation into account on spawning and also forgot about normalizing vectors in 3D space - but it was mostly tentacle animating.

To be continued ... possibly indefinately at this rate ... naw I'm just kidding, I'll ship before Half Life 3.

Posted by Steve_Yorkshire at 23:28 No comments: