I won't pretend that it hasn't almost killed me ... but after a gazzillion issues ... it's up. A fast and long gametype to play, doubled by having day and night missions. Entirely randomized enemy and tactics, should be good for a few replays. 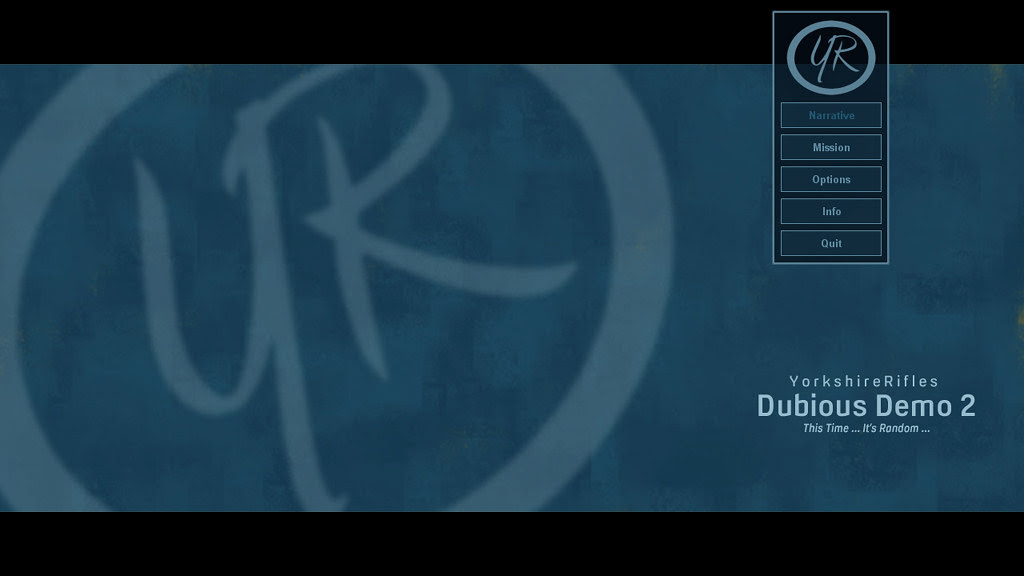 Function creep appeared, and instead of a fast and long game ... you've got 2 fast and 2 long games. Technically it's the same level, but now there are also night missions.

Talking of function creep, I also came up with a basic hit detection for close range which I wasn't originally planning.

This is a demo of a randomized gameplay concept, it's a first person shooter, and the idea was to make it somewhere inbetween the all action silliness of "Call of Lawyers" and the unfair realism of Arma/Operation Flashpoint". Weapon ranges go out to 400m and bullets are dangerous than in most Shooters.

Clear Area is split into 5 areas, each one must be cleaered of enemy before you can proceed to another. Start area is random, after that each area is chosen by the player by entering it - check your map. Inside each area there is a random playtype - "Clearance" (enemy randomly placed throughout area), "Strongpoint", enemy are all around one building (or sometimes 2), and "Counterattack", as "Clearance" but the enemy will aggressively defend and counterattack. Even without counterattack, all short ranged enemies will defend around their area.
Player starts with random weapons, one longrange, one shortrange.

Night missions are the same, but with reduced vision and shortranged weapons only.
Player starts with random weapons, one shotgun, one smg.

There's a readme ... so read it ... there's also a license on install with tips ... read them too ... also there's info in the game on how to play it ... it should all be fairly straight forwards ... hopefully. And if you spam me with issues which I've listed in the readme ... I will kill you ... to death! (flares nostrils)

Many thanks to orb for the bandwidth. There's a full list of credits in the readme, and also in the Credits page of the game which details pretty much everything I've used in constructing this.

I was about to go to a little country pub to celebrate ... but there's black ice all over the drive and after a bit of wheel spinning I'll be staying in with a beer and chilli.
Posted by Steve_Yorkshire at 15:42 No comments: