Whilst agonizing over golem design followed by golem re-design, I had a mangled LOD mesh which resulted in a crash. Making a slight change to the mesh and re-exporting fixed the crash, but I also noticed a curious error warning in the console (which probably wasn't related).

A little bit of digging around the codebase led to these most useful code comments.

// Some exporters (AutoDesk) generate invalid bind_shape matrices. Warn if
// the bind_shape_matrix is not invertible.

Okay that wasn't very helpful. What would the skinning problem be (I had not noticed any) and how do I fix it for export from Blender3D? Alas, the interwebz were not particularly useful in  determining how to do this, so I started a process of elimination, based on the logic available. Deducing that many of my models were rotated and vastly resized soley using the armature, I eventually found that uncoupling the mesh from the skeleton, and manually editing the mesh to resizing, rotate and align it to the bones cleaned up this error message.

The downside turned out to be how many instances of this error there was. I have so far created a variety of characters which weighed in at ~110 seperate meshes, and 85 of them needed resizing and manually aligning - and as it was the meshes which required directly editing, I couldn't just snap one object to another - which is actually part of what caused the problem in the first place. At least it was an error caught before I got to the end of character creation, but it would have been much less hassle to have found this out at the beginning, possibly with some huge flashing warning than a few red lines in hidden amongst the jumble of text in the console soley during first importation. 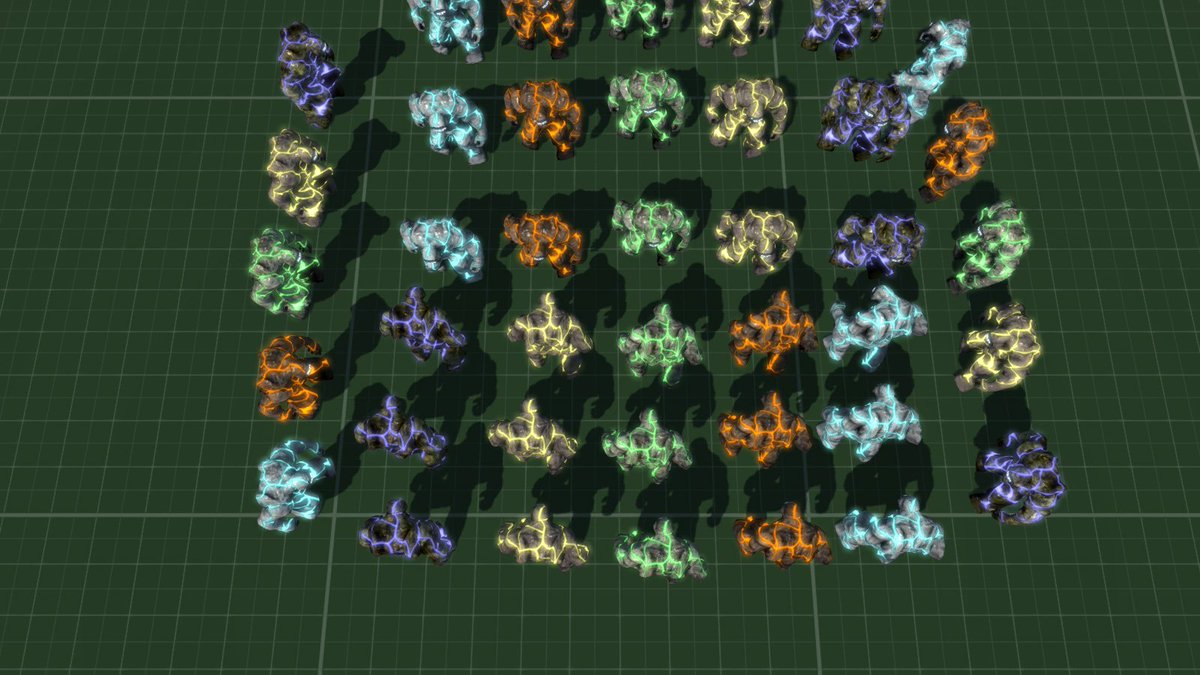 So this brings us to golems, and the constant redesign of the little blighters. Who would have thought that creating a vaguely humanoid shape out of clay/rock/earth would have been so complicated. The problem was, I didn't really like any of the designs which I came up with, thus creating a whole array of slightly different clay men ensued. Eventaully I went back to my first design and added glowing cracks. Initially I had these cracks animated, first with a pulsing effect which didn't seem to be very obvious, so I changed that to an animated one. This looked quite cool when they were not moving but became rather busy and not particularly obvious with them running about, so in the end I decided to keep the glowing cracks static.

I made a rather interesting spawn animation from which the golems are created from animated rocks gathering together and then fall away to reveal the monster within. It looked quite fancy having it happen over time but this is an action game so the whole thing had to be compressed into one second. Likewise when a golem is slain it collapses into it's constituent parts of rock.

In game, the golem is a small and heavy enemy, best suited to swarming the player. As they are made from earth/rock/stone/etc they are very heavy and cannot be pushed out of the way (at least not by the physically weak gun wielding, range-based default player character). Golem has death in Hebrew written on it's face - not that you can see this at the scale and angle, but hey it does.

I also changed the overall colour scheme of the game, getting rid of the greenish colour and replacing all of the HUD elements and user interface with an old blue colour I liked. 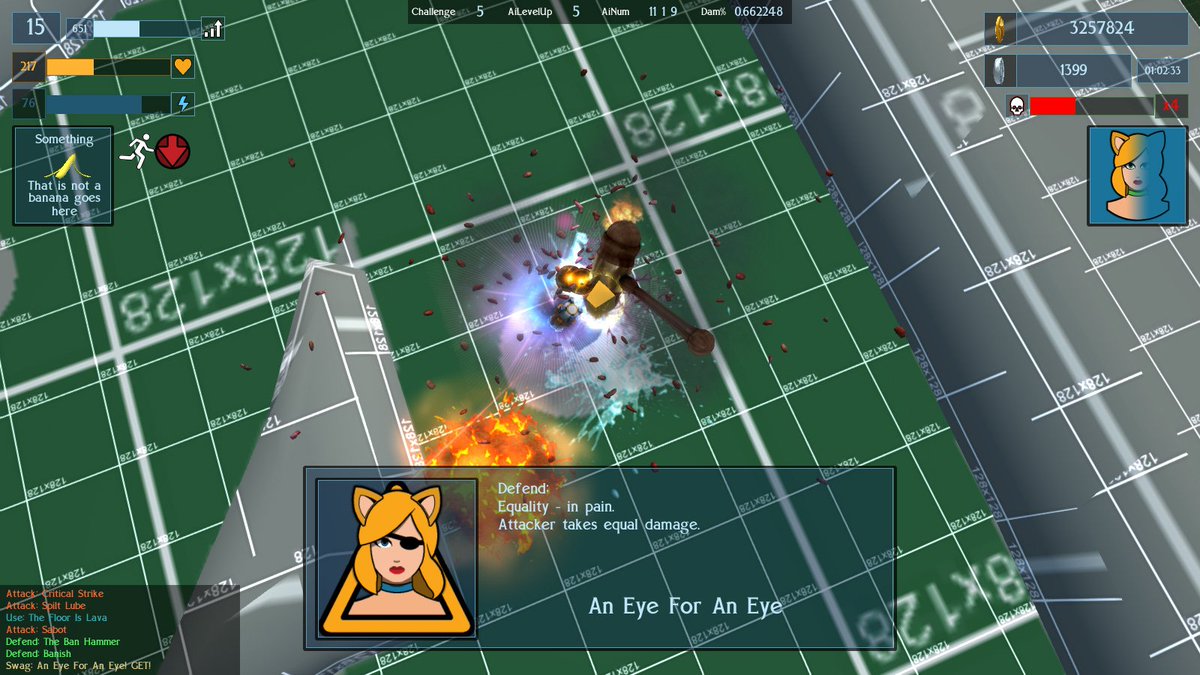 Green out, blue in

And here's  the golem level in action.


So far I have around 70% of enemies for levels done - not including level bosses, and of course there are a number of player characters to yet create and replace that yellow cube. I am leaving those until last as they are all a variation on a theme and will share the same skeletal structure for animation.

Next up is organizing animations and data for attacks for my old "Dimensional Knights".