I took a break from worrying about the minutiae of cat ears to do some level building. It's been a while - in fact around 4 years - of having a basic and rather blank grid for level 1. This has now been replaced with an actual level 1, containing ... you know, level 1 stuff. 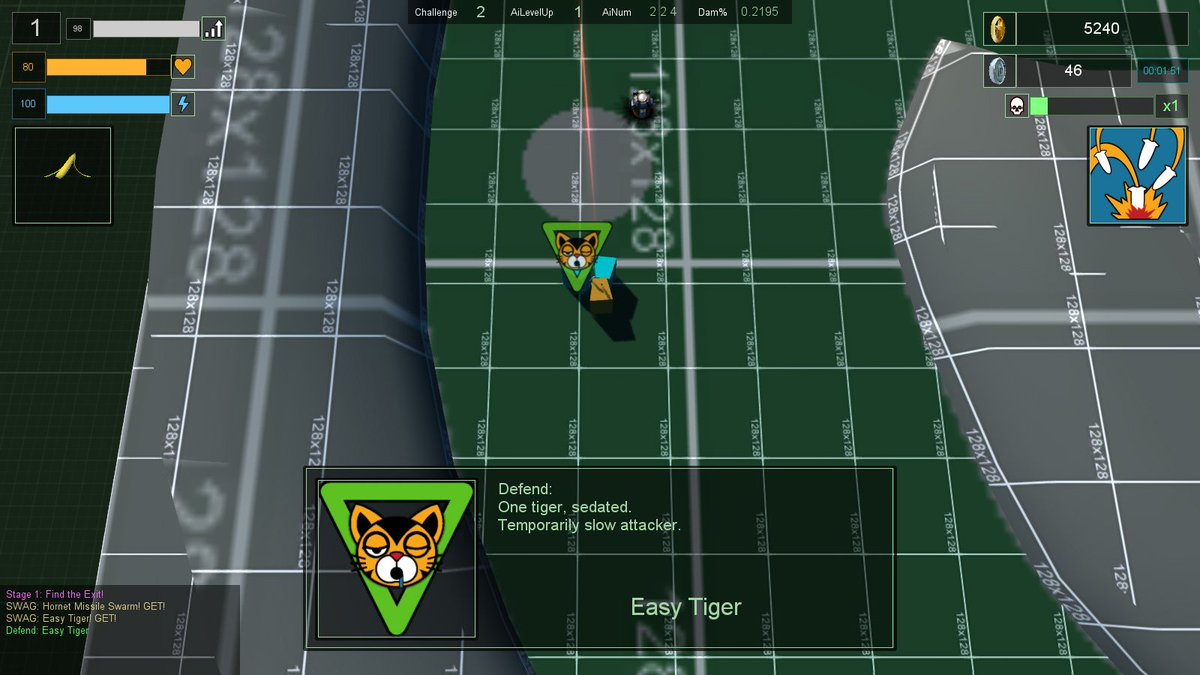 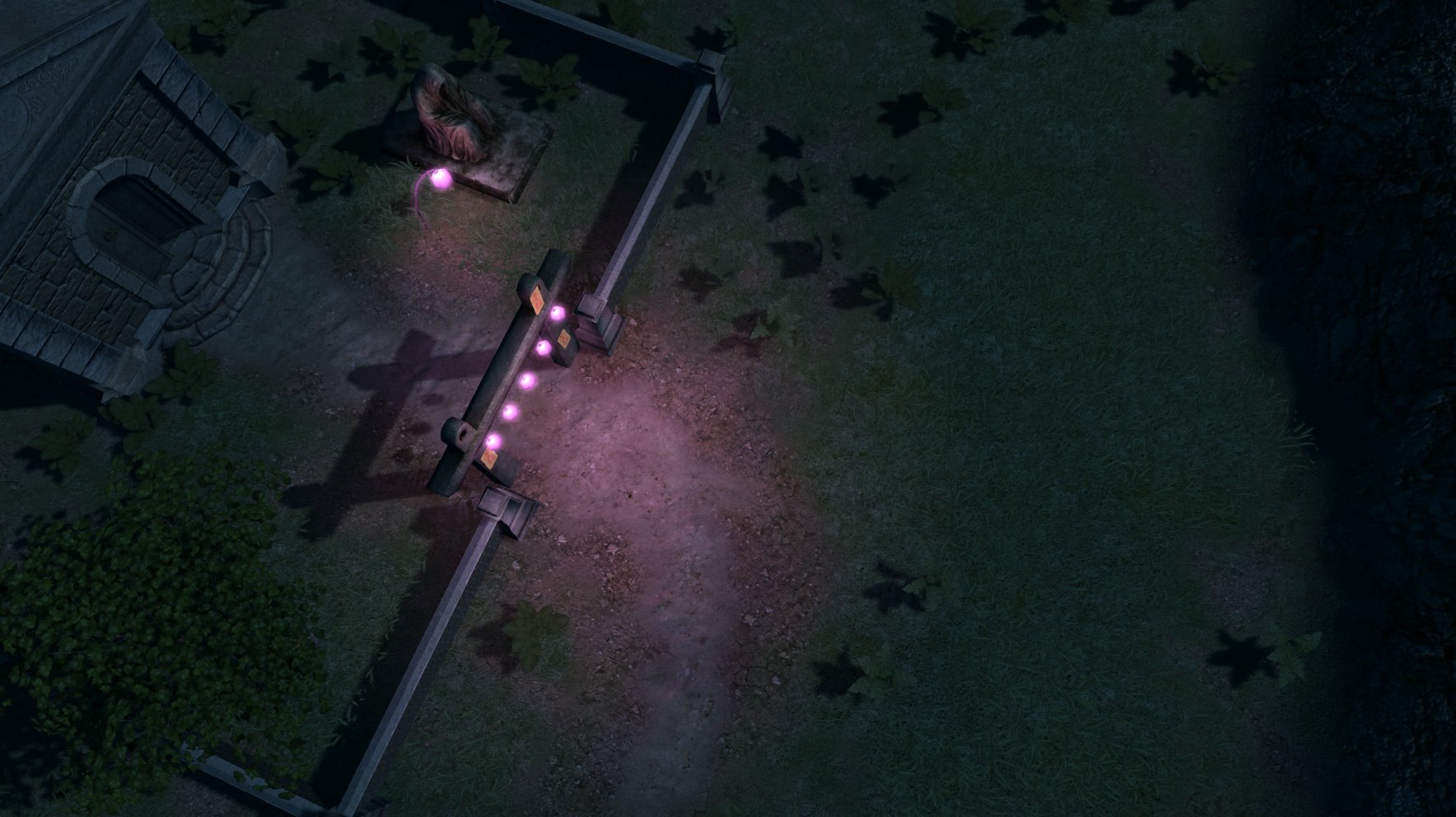 This required actual models and textures and stuff, so I opened the long dormant folder of 3D models and 2D texture images which I have collected over the last nth years. One thing which I did get years and years ago was Forester Pro - a procedural tree and plant creator. Not only can you create a ton of different types of trees but create variations with a single click of a button. It automatically adds vertex paint which is then used in-game to add the shader effect for the wind. You can also add or remove elements like branches and leaves, though I did find that the save file dies horribly if you go too much off template. Never mind, just export out as DAE format that the Torque3D MIT Open Source Game Engine that I use, and of course can also be imported into Blender3D for making changes to the model more easily. Here I used the normal editor so that the foliage planes face upwards to avoid bad shadowing artifacts. I added an empty high above and had the normals aim for it using Directional mode, that way each plane gets a unified but still individual shadowing. 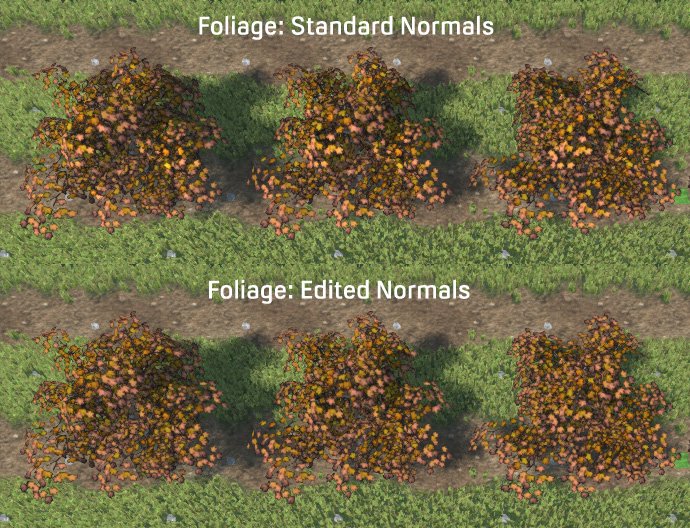 I have 10 levels planned, and the enemies all modelled and animated, though not the bosses. So I figured that I would need a few trees. One thing that I found was that the standard black alpha on textures didn't look very good. There is a free demasking tool which writes in colour information but instead I tried using different colours of the image to see what effect they had. 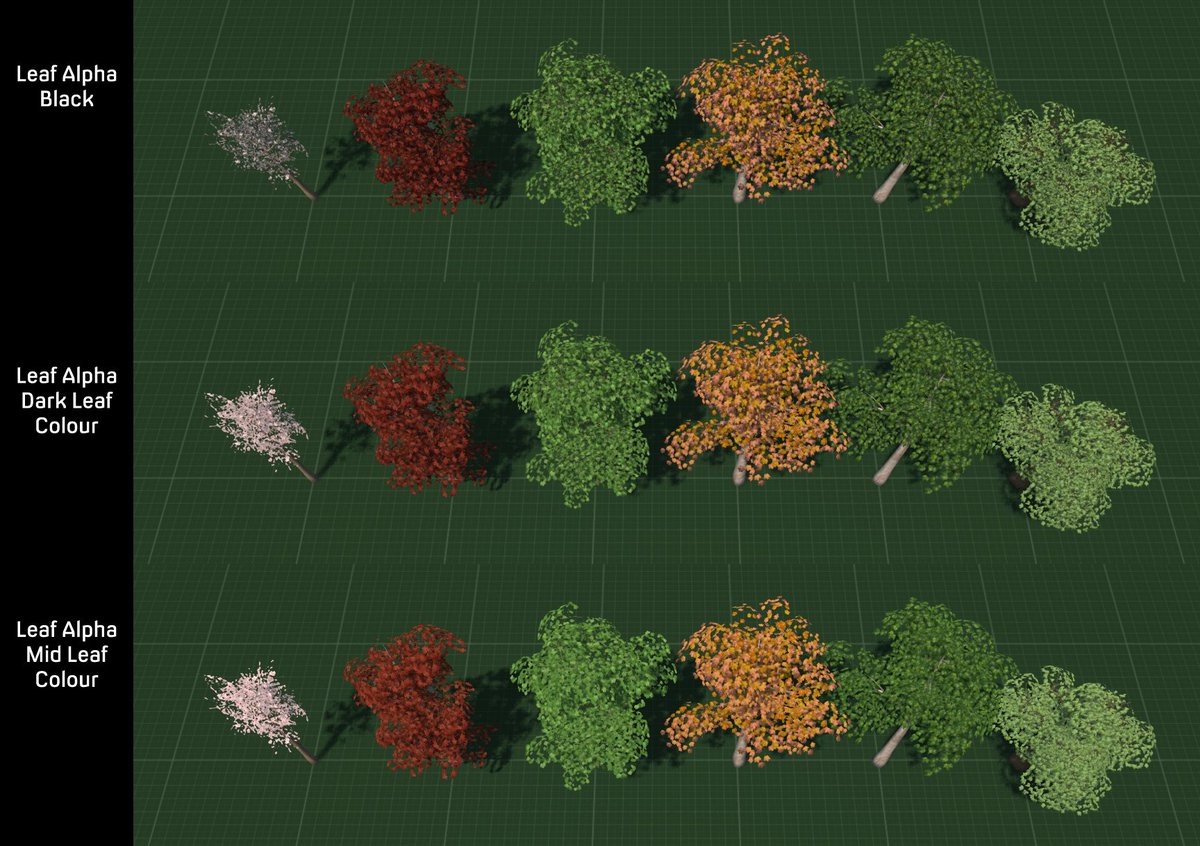 It transpires that alpha colour is important ... even though you can't see it ...

I also had a plant pack for Forester Pro and after exporting a few plants I amalgamated the textures into an Atlas texture to save on drawcalls, and created multiple plant objects to save on instancing. 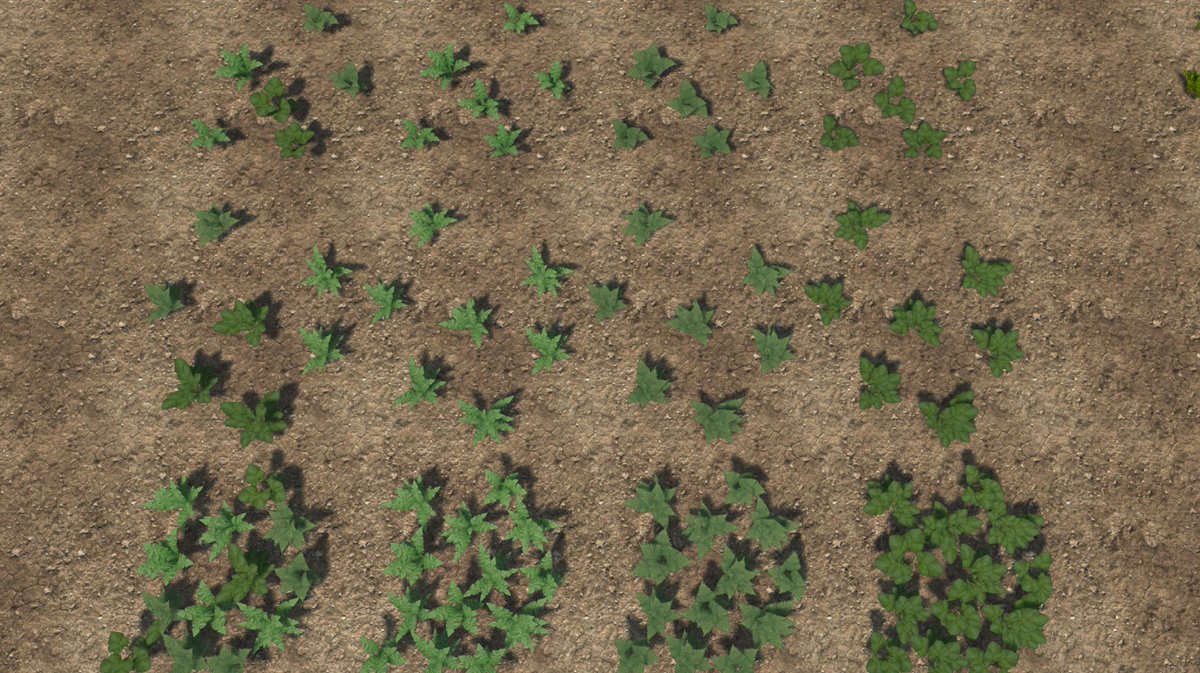 My next issue was lag. The first reason was some terrible maths which I had written and my code was attempting to spawn 1700 enemies all at once when it really only want 7. Yeah, that sort of thing is going to bring the computer core down to a shuddering halt. Next up was collision. I had set the size of terrain squares down to 0.25m which created a rather high 1568 collision calls per player, Ai and dynamic object. I played around with different settings and finally settled on a square size of 1, which seemed to give good definition visually to the terrain and only cost 128 collision calls which was a rather saner amount. SquareSize 2 would have only cost 32 calls but I preferred the look of 1 square per metre. 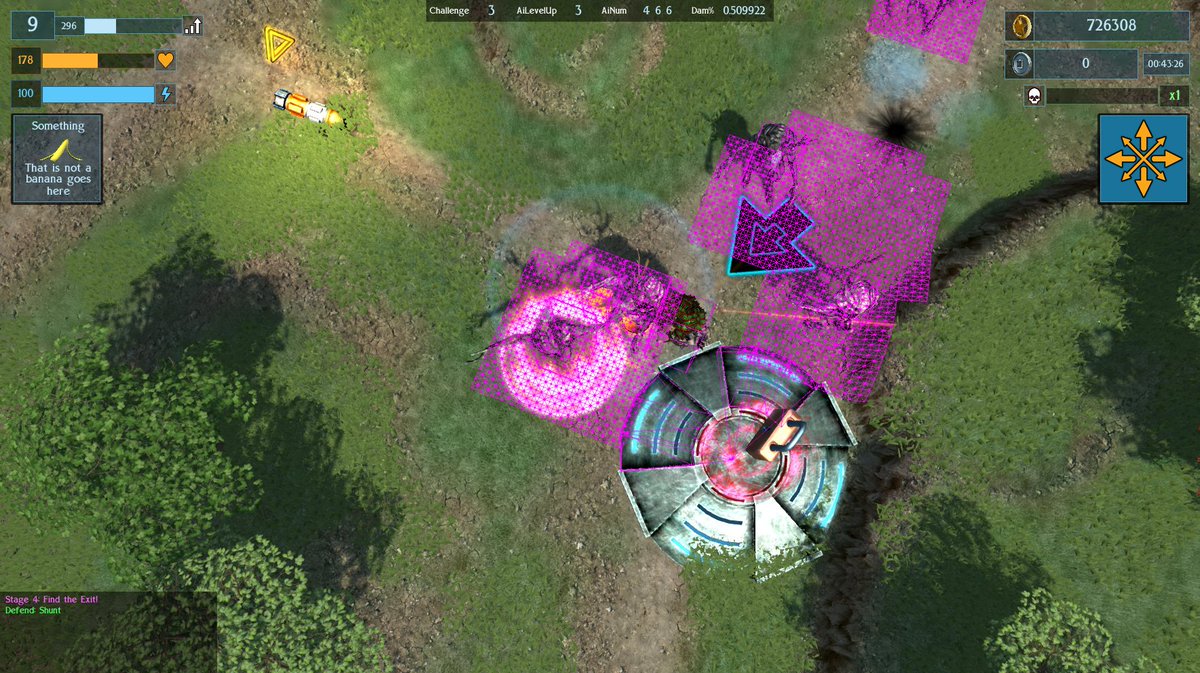 When you attempt to use ALL THE COLLISION CALLS

One thing which I had not previously thought about was the lighting and shadowing. Normally the camera looks through the environment and the shadows fade and lose clarity the further away they get. However using a top-down/isometric(ish) view meant that I could see shadow splits drawing across each other. A lot of fiddling with shadow settings later I finally got something that looked decent and transitions between shadow map splits were not really noticeable. 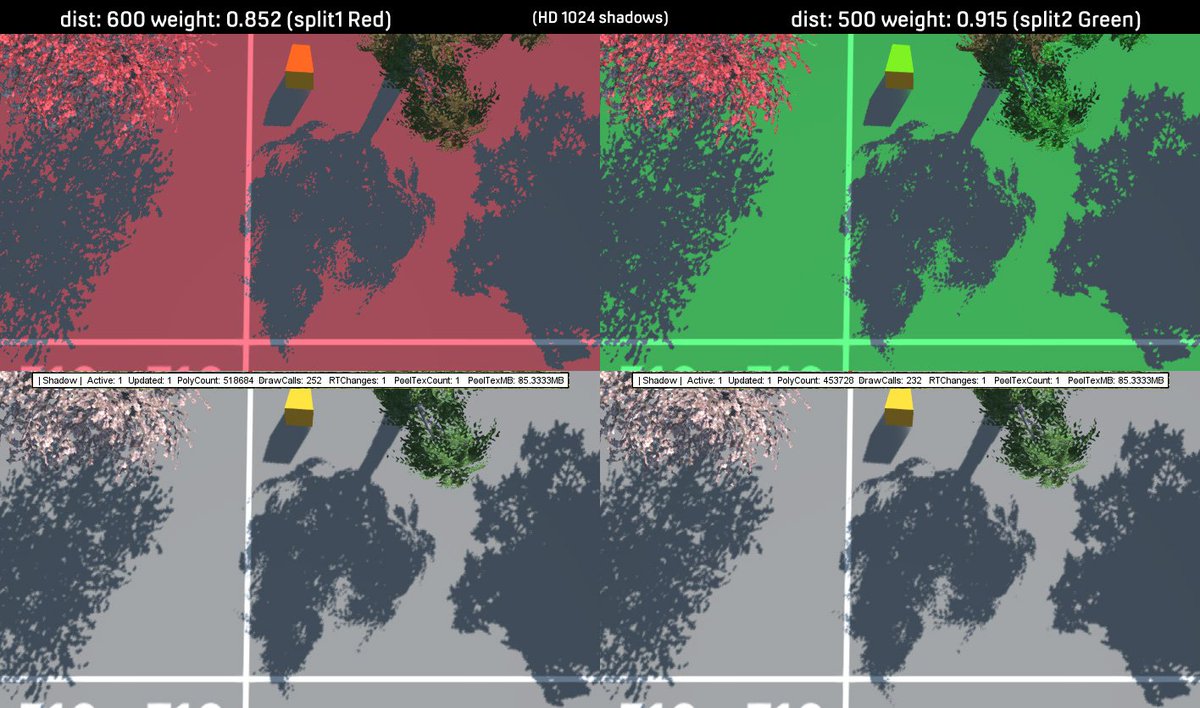 As my first level is a graveyard featuring a very lazy mouse who is supposed to be the caretaker but rather neglects her duties in keeping the place tidy for her customers - level 1 enemy, the dead (DEEPEST LORE!) I opened up the old graveyard art pack which I bought years ago. Some of the model seem to have been rather hurriedly put together with a lot of opening faces - which is the sort of thing my OCD really doesn't like, so I spent a fair bit of time fixing them and amalgamating the textures into single Atlas textures for those big savings on drawcalls. 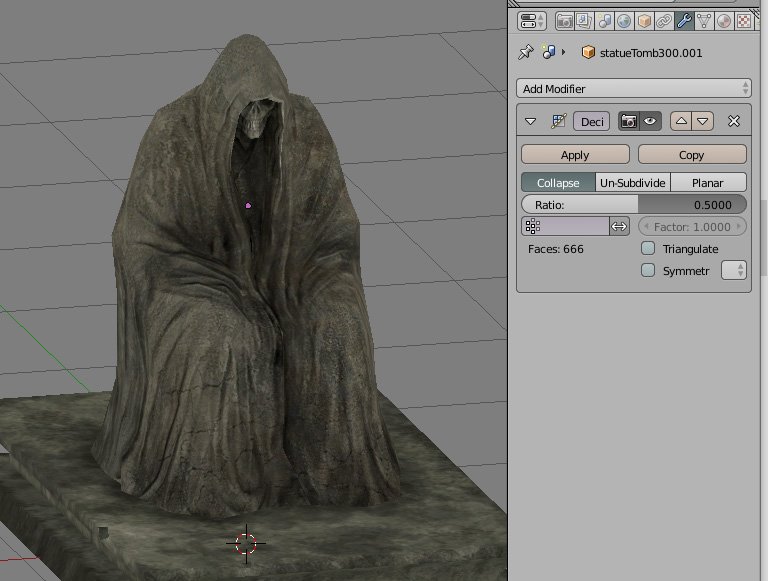 Blender3D's decimation tool got into the spirit of spookiness

I had noticed an issue with the terrain becoming washed out when the level reloaded. After much hunting around for bugs in the code I discovered that I had accidentally changed the file format for saving the terrain main texture to a low definition jpeg of only 90Kb. The default is a high quality DDS image so I must have been playing around, not noticed the difference in texture because it only updates on reloading the level, and then just forgot about it. Whoopsie! 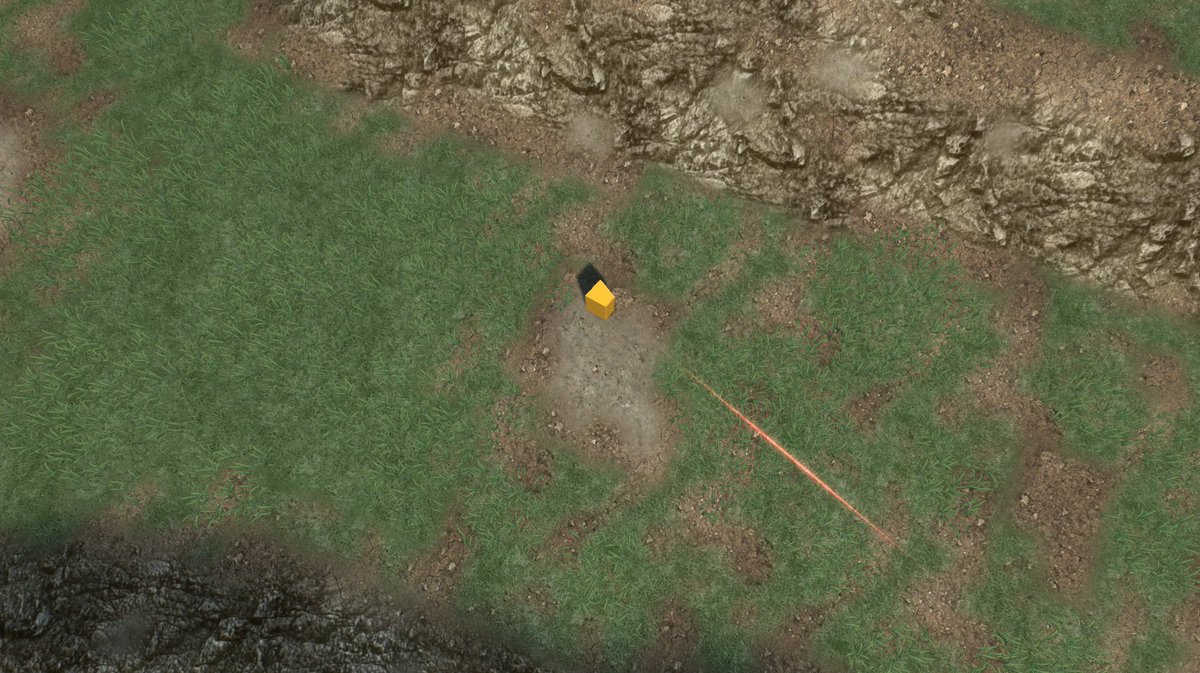 So, next up is furnishing and finalising the rest of the level and making it playable. The either on to the other levels or back to modelling catgirls.

Head pats!
Posted by Steve_Yorkshire at 21:29 No comments: