I'm in the final stages of creating the events for using special items, where the remaining objects are consist of more complicated models and animations. Much of the audio for special events has been done. I ended up buying a couple of huge audio packs from ImphenziaAB which took some time to wade through as there was several thousand unique sounds and a further several thousand tweaked audio tracks. Many of the sound effects I wanted for in-game events needed multiple sources mixing together.

The following images and videos should give somewhat of a flavour of the special events and power-up collectibles I've been working on, with the whole thing not taking itself overly serious, as can be seen from the description overlay upon picking up the object. 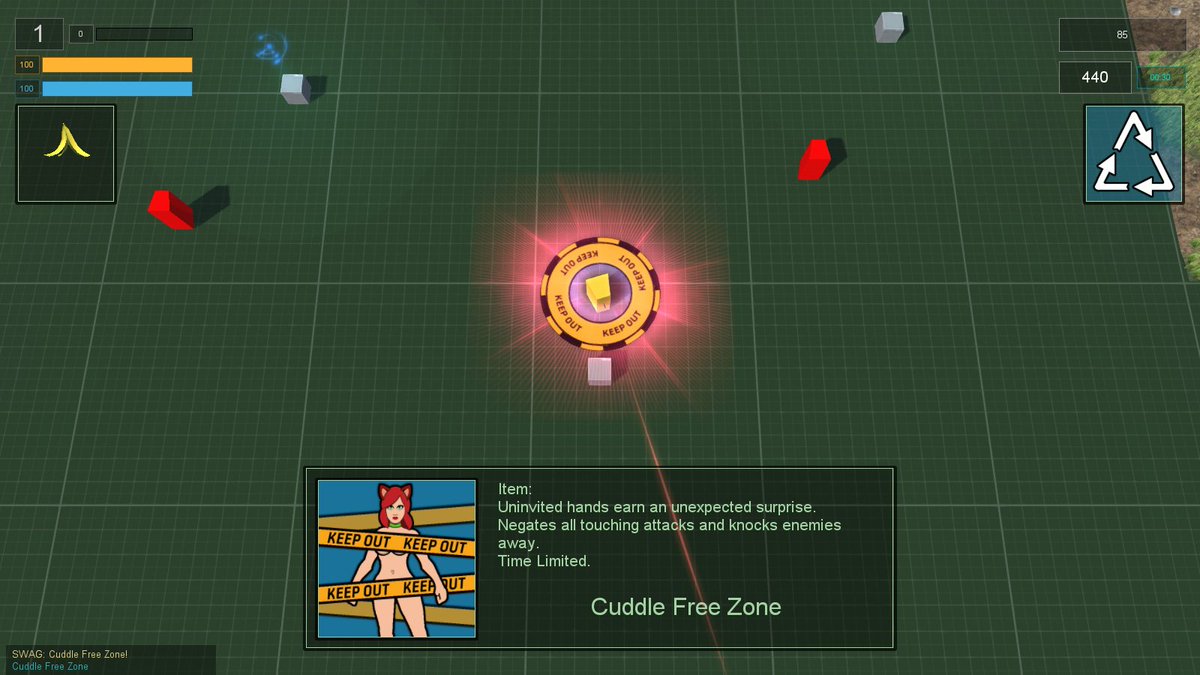 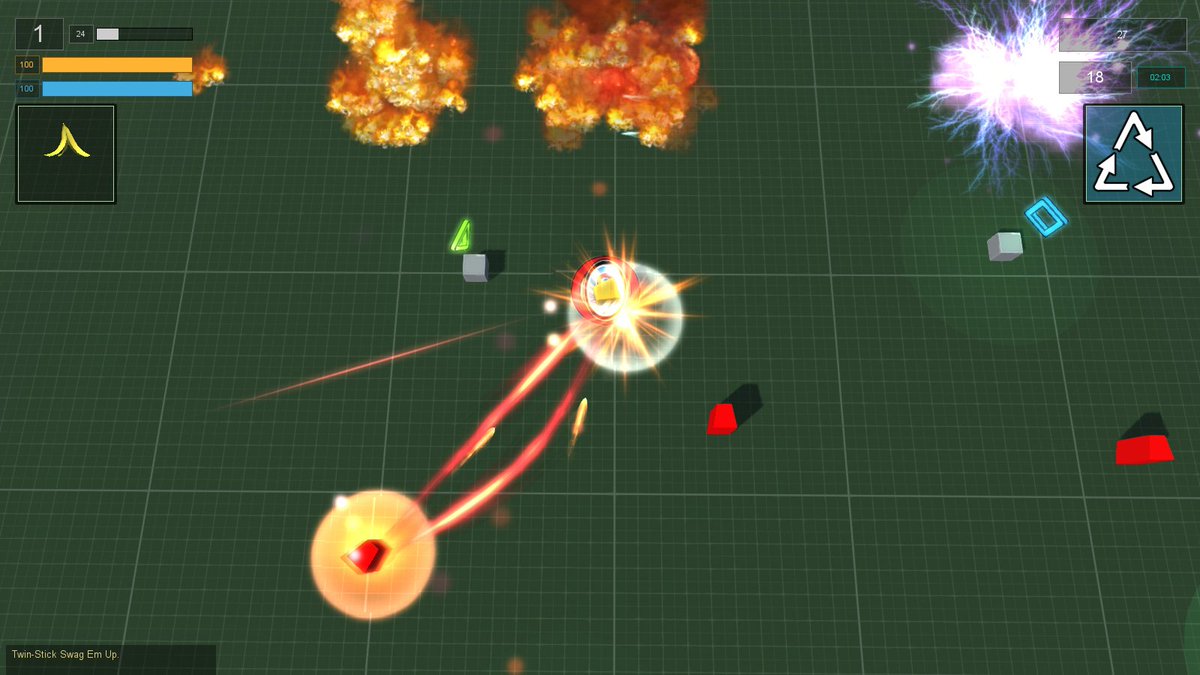 Rebound Attack which sends the damage back against the attacker 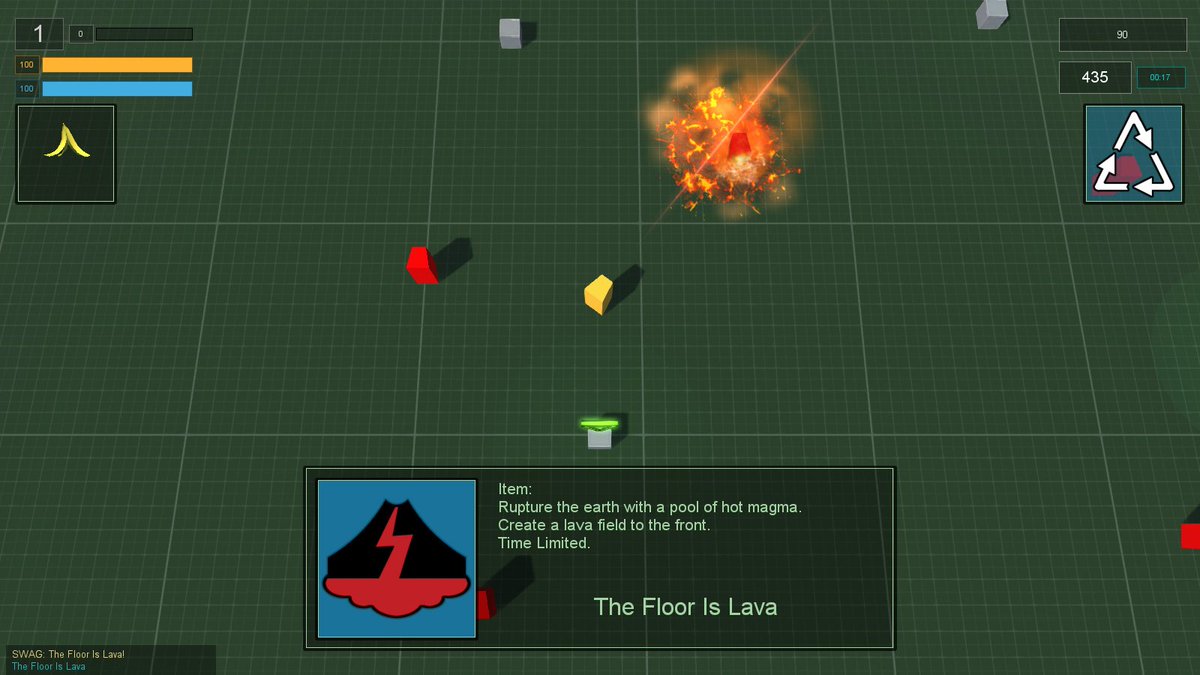 The Floor Is Lava being an old children's game 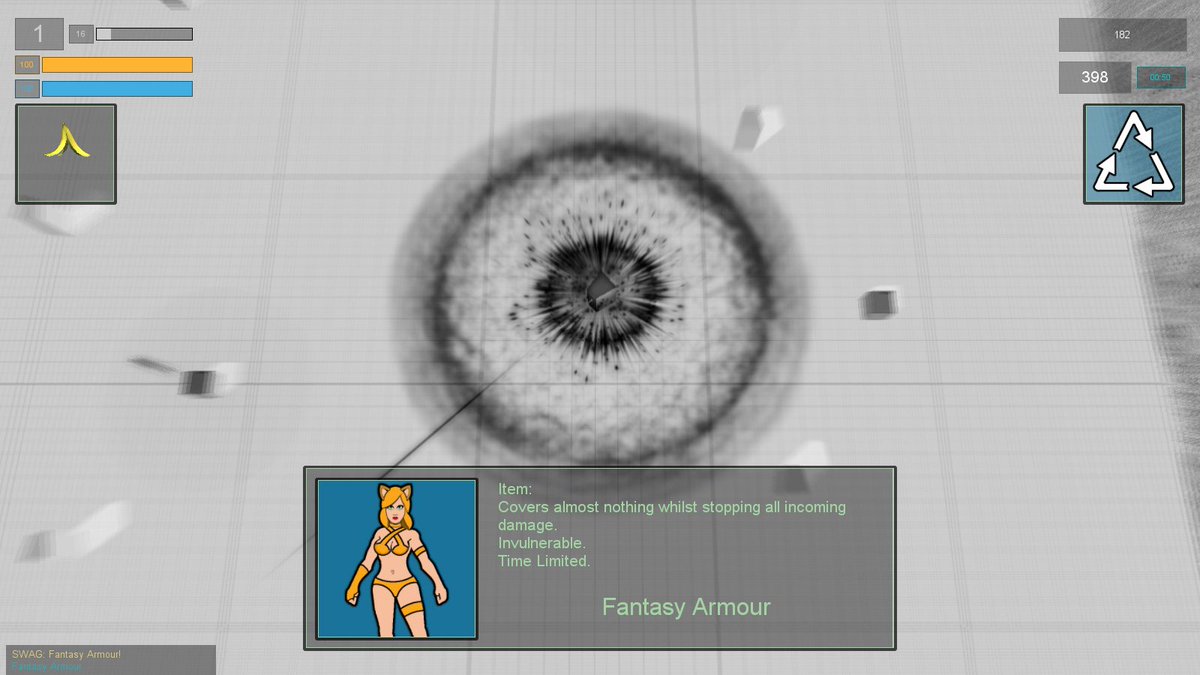 Fantasy Armour works pretty much as you would expect ... and features a reference to the old Doom invulnerability shader


Ban Hammer - when the enemy gets reported to the mods

Amongst all of these collectibles I've added the randomized chance for a "Swag Dispensor" (I'm gonna need a btter name than that, maybe just "parcel") to drop a poison bomb. The player gets an audio and visual alert of the danger which gives them a small opportunity to get clear.


There are only several more special events to finish off, though these require somewhat more complicated animations and modeling than all the previous ones which have been completed - which is why they were left until last. There are around a dozen others which still require audio adding to their events. However the code has already been completed for all 108 special items. Hopefully after this I can finally get on to designing some levels, and seeing which of the design conecpts for building environments work best.
Posted by Steve_Yorkshire at 15:49 No comments: