So I am still hammering away at the final few power-ups. They are all much more complicated in models and animations and have been taking longer than expected ... which should not really be unexpected as everything always takes longer than expected which is thus ... er ... expected? 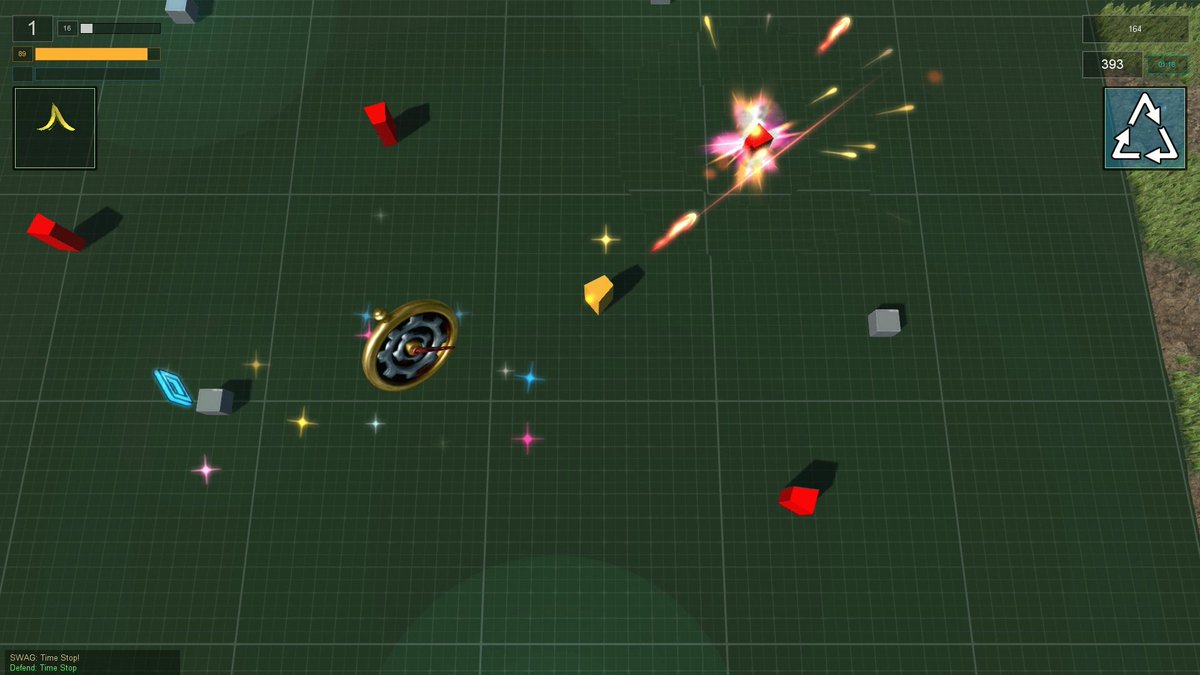 Everything looks better with sparkles! Desu!

Time Stop, special defensive item. When activated it stops all enemies from attacking the player for several seconds. There is also a joke about Japan in there. ;)


The original version of the animation had the watch spinning around. However this made it difficult to see the actual movement of the watch needle and the spinning of the internal gears. In the second version I took the spinning out and made the whole object a BBZ, that is a billboard which always faces towards the camera whilst also orientating vertically (the Z axis).

One thing which I discovered was that mesh models of the explosion class object do not use LOD, so the highest level of detail always shows.


And here it is in action against the AI enemy red cubes.

Still more complicated modeling and animations to do for further power-ups before I can get started on actual world building and level creation. Death march onwards ho!
Posted by Steve_Yorkshire at 22:00 No comments: