Having had a good read through some resources, I appropriated all the bits I liked into a custom weapon->clip->inventory system. Figured it'd take a good effort, say 16 hours, so settled in for a mammoth stint. And I did then iron out all the bugs after around 60 hours ... not quite what I'd planned on and hard to say how much of that time was actually spent rewriting the same thing from scratch after various mess ups as it's all a bit hazy but it did all get done in that week, and every possible way that the player could try to break the cycle and cause a bug has been covered. It's really all about logical arguements ... and me not considering all of them before starting. What happens if you have auto-reload and the player hits manual reload? Or tries to change weapons? Or aims down sights in mid reload? Or ... any of a number of things which cropped up as bugs and had to be squashed. 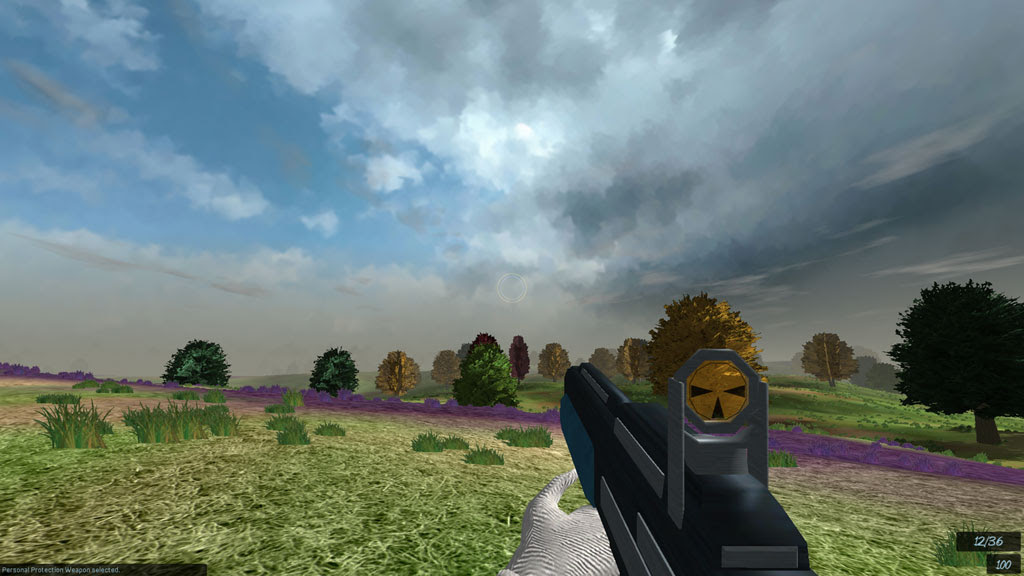 Still have to sort out my first person weapon, arm animations, and it will have to be a seperate arm attached to the weapon model in first person, as expanding on my previous synchronize aim-down-sight with 3rd person model hasn't proved successful. 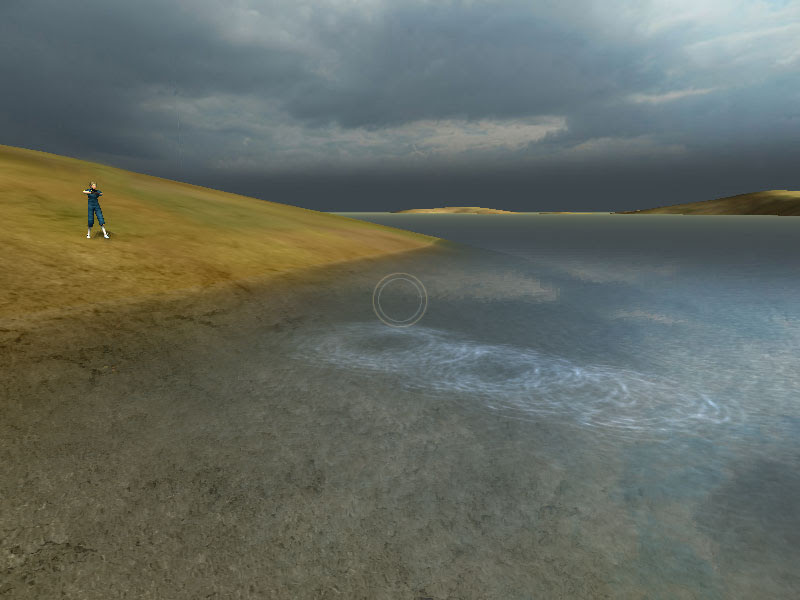 And whilst messing with the whole weapon stuff, we've also had a good go at particle effects in general. Redoing all my weapon impact particles, ditching muzzle flashes in favour of mesh ones, and sorting out the impacts. I also "pooled" as many datablocks as possible for both particles and sounds, rather than having all individual ones listed in the individual weapons' cs files.

After browsing around I found that Indy Games company "Sickhead" had mentioned about the incompatibility of dogs and particle effect sources, and it hadn't occured to me to use actual effects like water or smoke for source material for particles before, as opposed to just trying to draw them, which I had done previously. And it all appeared much better. 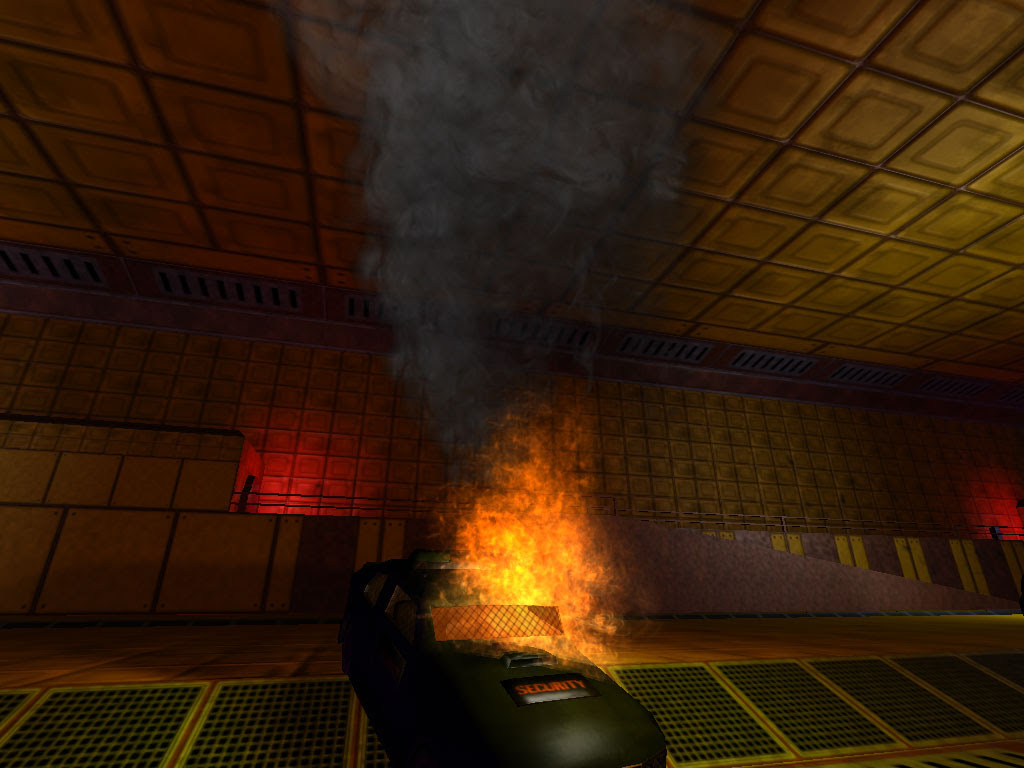 Fire and Smoke particles made with real smoke

I also knocked up a little script to loadup specific datablocks for specific missions/levels in an attempt to keep preloading overhead down. I worked out a bit of info on audio and mainmenu music, as well as started to build the basis for my final play GUI. This involved a certain amount of umm/ah about how much GUI to actually have and especially the fate of the dreaded "crosshair". In the end I settle on a fair bit of GUI clutter on-screen, as I'm not after supposed realism. Most of it will be achieved as pop-ups - think inventory system akin to HL2, and I decided on an empty circular reticle as opposed to crosshair/no crosshair, which can be toggled and faded through 4 iterations or turned off completely. I've still a few more design decisions to make on the whole GUI thing ... but most of it is sketched into the cunning plan. 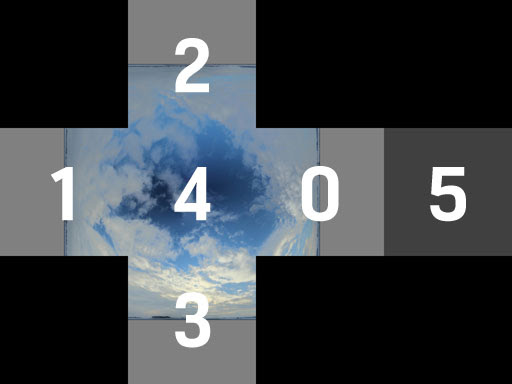 I also started to think about terrains and environments more, knocking up some terrain textures and fiddling with various settings. In the end I decided against parallax and continued to err on the side of numbers of stuff rather than eyecandy. I came up with a painterly style for skyboxes ... all very artistic and not half as difficult to make the sides join up seamlessly as I had initally feared. Also found out/had forgotten that relfection maps need to be rotated 180 degrees from the skybox, so you can't just use the same thing. 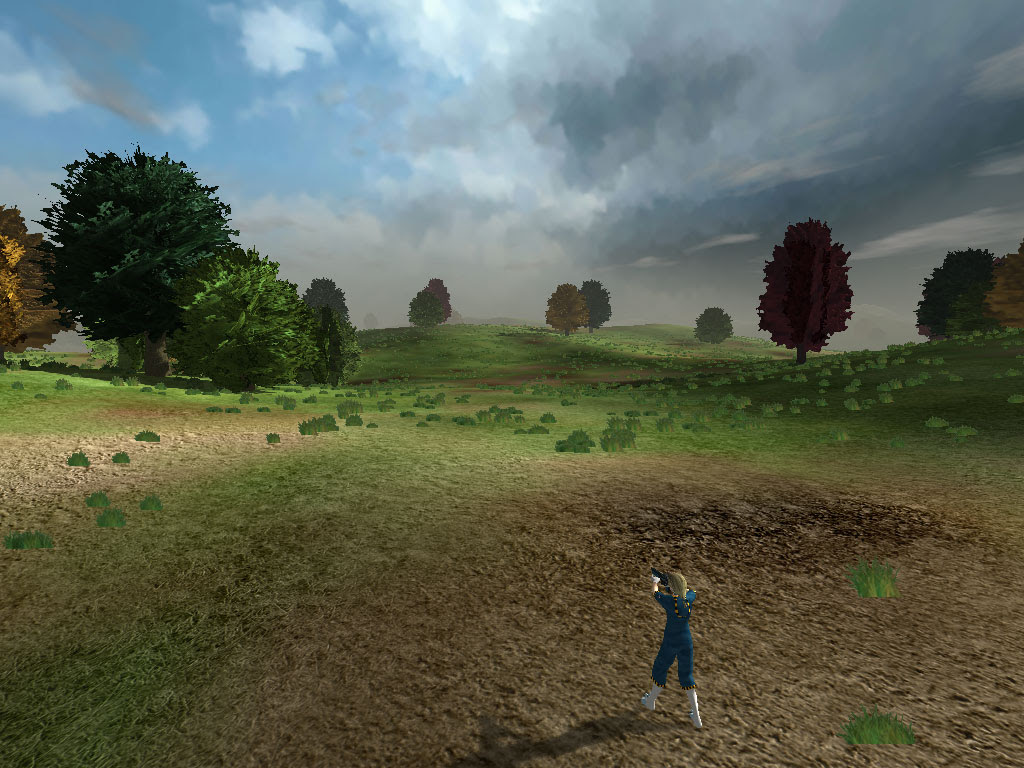 Did I mention textures?

As a remnant of TGE/A, when I found my texture memory being devoured by large textures, I've had a bit of paranoia about texture sizes, and had always tried to use as small an image size as I could (max 512) and split UV maps between multiple small textures. Of course this doesn't take into account drawcalls, and so I had a bit of a rearrange, merging a number of UVmaps into single textures. Most noticeably in my AI/Player models, which I had previously split into boots/trousers/jacket/armour/hands/headgear/face/extras - and that all produces a fair few extra drawcalls. Amalgamting all of that into a single UVmap (still only x1024) gives me a reduction of around 1500 drawcalls per 25 Ai characters, and a mild boost to fps on my current GTS250. So, texture memory paranoia has been vanquished! Or at least replaced with drawcall paranoia ...

And I did the same on a number of props which use several textures. 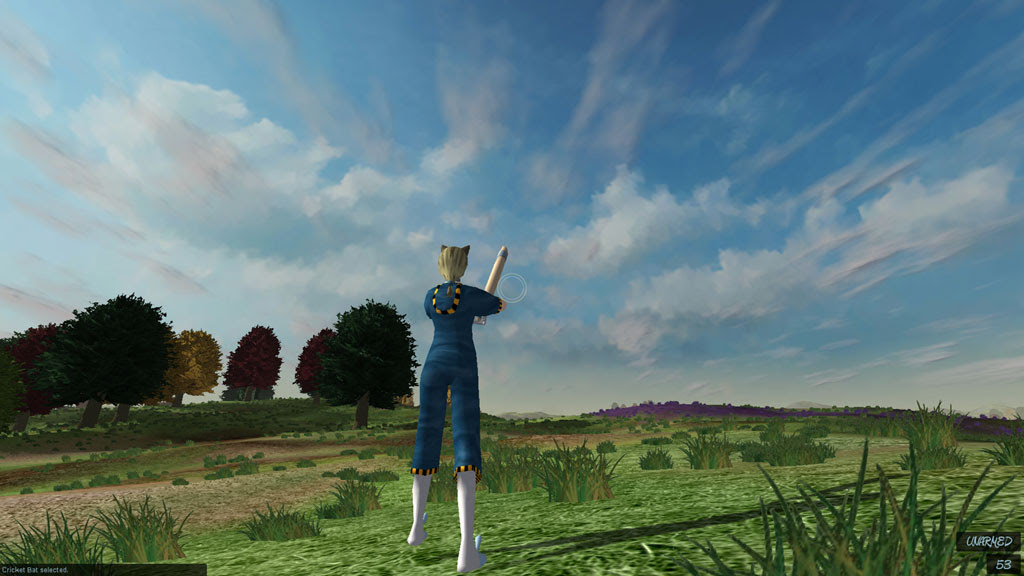 Groundcover is currently placeholder I knocked up quickly

Also did some general tweaking, made more models, messed around with my AI scripts a little, and started to contemplate how best to create an in-game save/load system. And some other stuff ... which I can't remember. Did I mention doubling up weapon selection on the 0-9 buttons a la HL2 so you can choose 20 weapons with 10 keys in a previous blog? If not, that's done too and bug squashed.

The engine I'm using (Torque3D) is another beta and it is shaping up nicely, and I've already been modding how the quality options of the new OptionsGUI works, to make some of the changes more noticeable in both terms of performance/eyecandy gain/loss.

Still on my list of not yet accomplished, are to redo the weapons (for the ump-frickin-teenth time) and have them work with animated 1st person arms which render/no render on 1st/3rd person camera, sort out clip/ammo reloading animations for all of this (12 weapons so far - 20 planned), make some more AI models (say 2 distinct types). After that it's tweaking AI scripts, and then soem actual gameplay making! Which has been so long I might have actually forgetton how to do it!

So ... not too much in February which was planned but didn't get done, and plenty that didn't get planned that did get done --- but that's the adhoc production nature of being one bloke, in his bedroom, trying to make computer games. 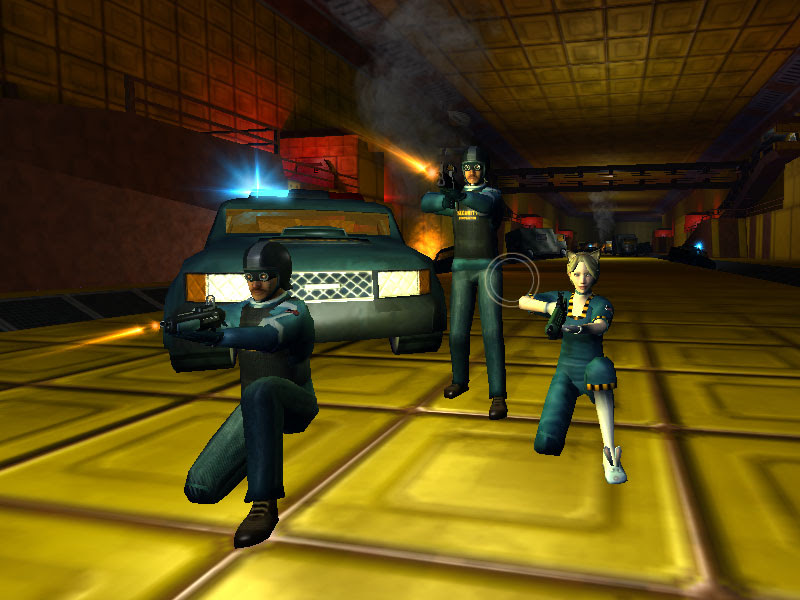 If I actually manage to get my proposed demo out by April ... it'll be exactly 2 years since my last demo.
Posted by Steve_Yorkshire at 04:58 No comments: