How To Import FBX Into Blender3D Using Visual Studio

FBX is a popular format, mostly because Autodesk have spent the last 100 years ruthlessly (look at how many companies they've bought out over the years) pushing 3DS Max as the industry standard for 3D modeling. This means that a lot of 3D artists use it, which in turn means that a lot commercially licensable models are FBX. Autodesk are well known for jealously guarding the source code of the format like some ancient sacred text - which to be honest, it probably is, as it's made them a fortune and cemented them as the standard format/app for the whole video game industry. This completes the circle of life where they become king of the hill, are anointed with their gold crown, and have peasants throw money at them to use not just their 3D modeling app, but also their propriety format (which they bought off someone else in 2006).

How I imagine Autodesk

This means that they don't let any Tom, Dick or Heinrich have access to import/export code of the format, especially free software like the plebs over at Blender3D (though recently they have partnered with Epic for UE4 integration. Epic wanting UE4 to be the game engine equivelant of 3DS Max - cue KA-CHING sound!). Blender has a lot of things going for it. It's free, it has on going development, it's free, it has a somewhat strange and awkward interface compare to commercial modeling apps, it's free. People can and do write their own import/export scripts in Python (hello whitespace!).

Blender does have an FBX importer on the Blender Wiki, but it mangles the hell out of bone transforms. There is a custom amde importer created by a Blender user which brings through everything correctly ... everything except animations. Not too useful if you've got a shop bought character model and want more than just a static mesh.

Autodesk do have a free FBX Viewer and Converter. This sounds great, right up until you export as a COLLADA DAE format (something Blender3D likes) and the resulting file comes out empty. (T-thanks Autodesk). This leaves OBJ format, which again, is just a static mesh, leaving all weight painting, armature, animations, etc behind.

And then I discovered a new way which actually works ---- completely by accident.

Whilst making a list of enemies for my current Twin Stick Swag 'Em Up, I started going through the models which I already have to see which matched the descriptions of enemies in the list I was making. Now I had previously licensed some shop bought FBX format characters. Having forgotten what they looked like I wanted a quick glance at them in Autodesk Viewer/Converter. So I double clicked the FBX file and was rather annoyed when Visual Studio 2013 booted up instead. As I hovered my mouse in the screen corner ready to close VS, I was somewhat surprised to see the model displaying. I had no idea Visual Studio had a 3D viewer. I checked export options and was intrigued to see "export as DAE" available - so I did, then booted up Blender3D 2.78b and imported the DAE file leaving all import options set to the default off.

And there it was, sitting with correct transforms and rotations, parented correctly via weight paint to the armature skeleton. I pressed right cursor key to cycle through key frames and was ecstatic to see the animation play correctly. The one thing to note is that diffuse and specular for the material default to black rather than white, but that's easy enough to change. 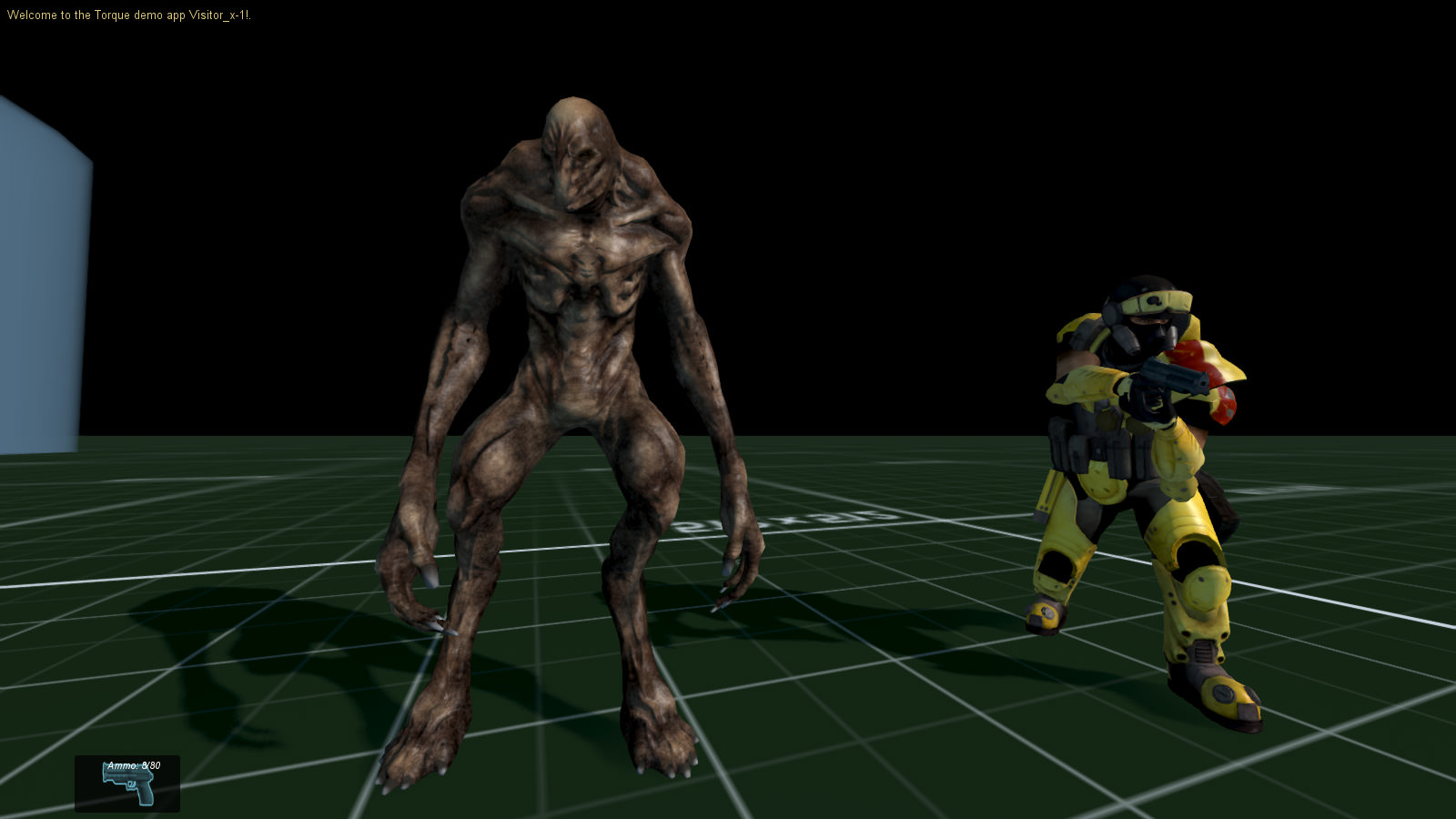 FBX to DAE (via Visual Studio) to Blender3D and Torque3D

So I imported it into Torque3D as a static mesh to see what it looked like in-game, and set up the engine material file. Lo-and-behold it even played the ambient animation correctly. After a bit more quick and dirty testing, I got an AiPlayer character set up - note: the jerky animations are because I didn't bother blending or movement settings for this quick and especially dirty test.

After this success I went off searching for other models to try this FBX-VS-DAE conversion with. There are plenty of free (and usually quite poor quality) models available on the interwebz, but I found this rather nice one at TurboSquid (though it was made of like 20 meshes, each with their own material when surely just 1 or 2 would have sufficed, but hey it's free and looks great). 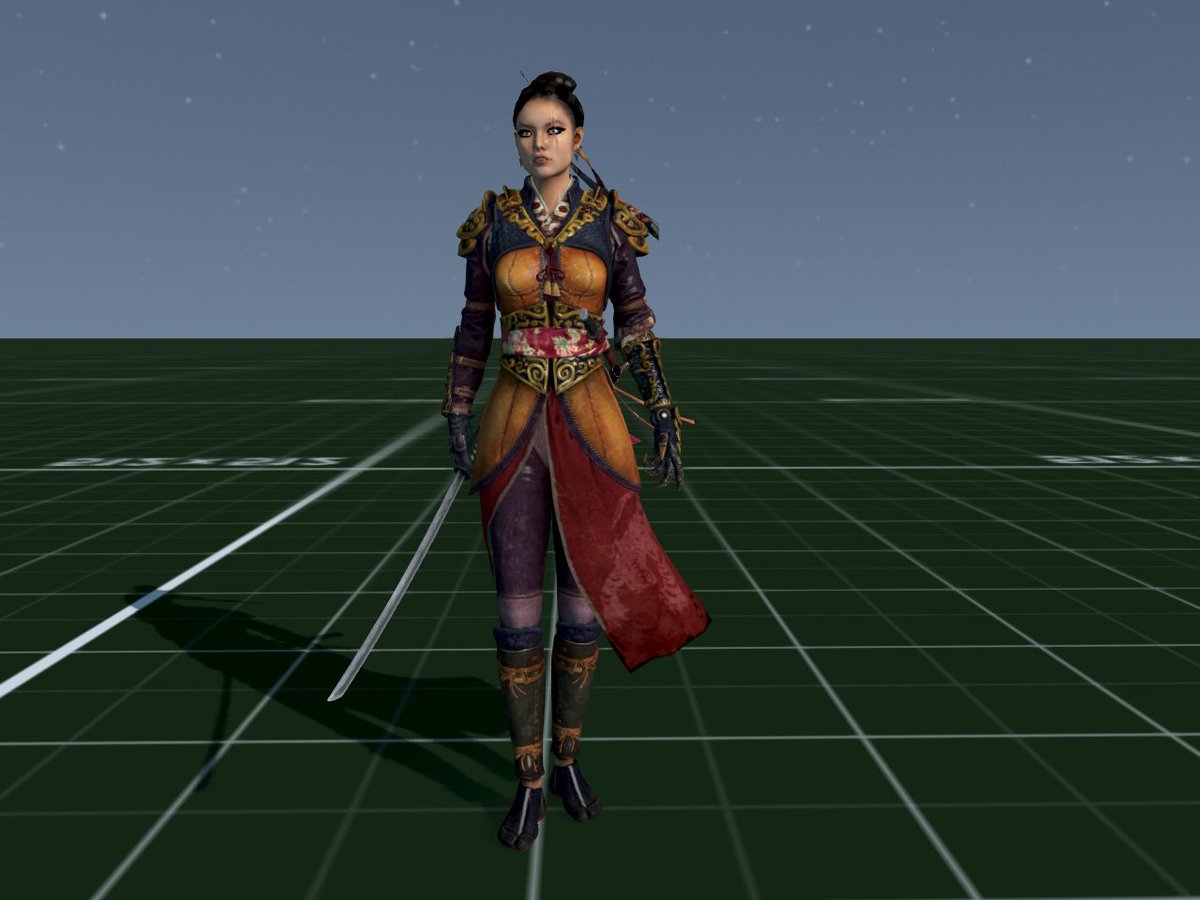 There you go. Maybe someone else knew that you could get Visual Studio to convert FBX into a Blender3D useable DAE format with correct rotations and full animations, but I haven't found it on the internet - so here it is now!

Posted by Steve_Yorkshire at 15:14 No comments: