This is Toni. You would never think it to look at him ... but Toni has a problem.

But Toni also has a lovely Jag to compensate for his problem.

So Toni never has to worry about his tiny winkle.

I don't have a lovely Jag. To compensate for my lack of a lovely Jag, I have an enormous level. 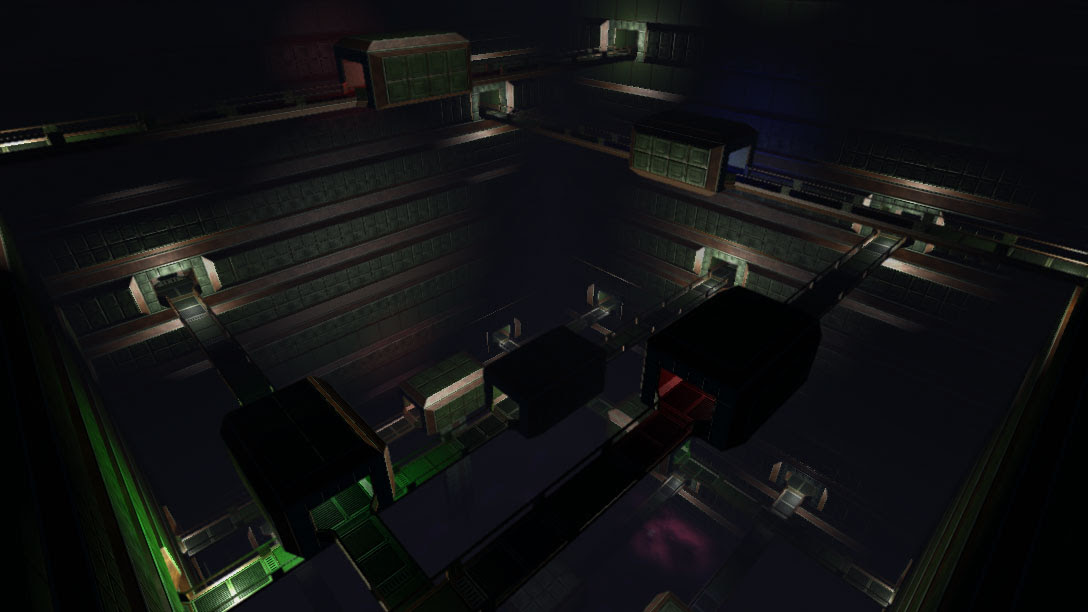 My enormous, lovely Jag compensating level doesn't actually have any "stuff" in it yet, it's just the outer geometry. It's designed to have two main routes, routes which overlap and cut into each other, the idea being to give a variable pathway that the player can choose how to navigate from A to B. All nicely signposted at junctions to stop the whole thing from becoming one great, frustrating maze. Because being lost and walking endlessly in circles is not fun. 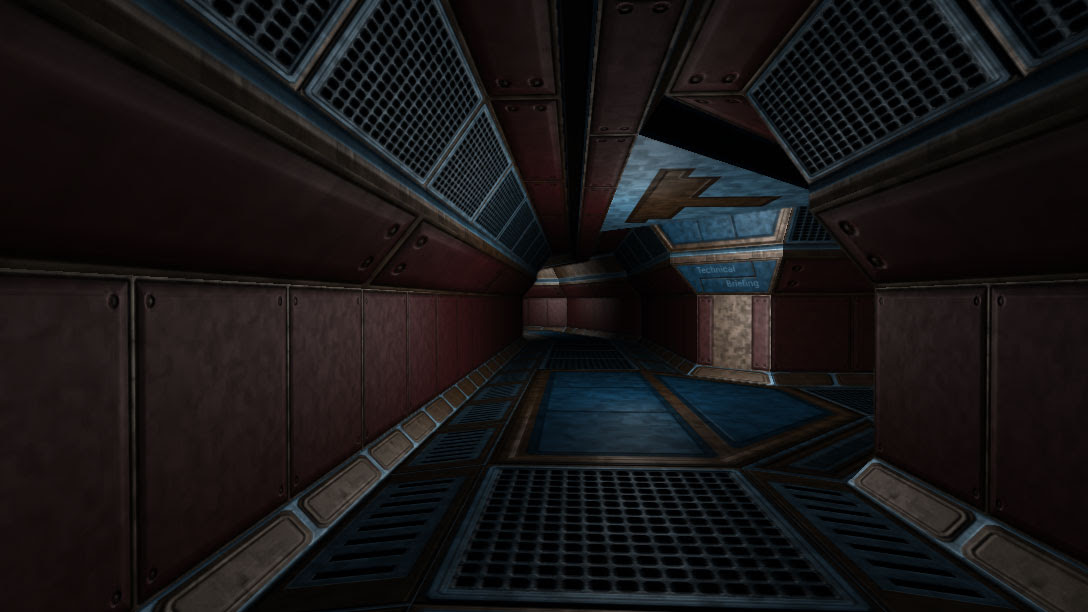 Whilst this environment is clearly a "corridor crawler", I've sought to vary the length and depth of the passageways, from very tight, airduct style tunnels to vast, open roadways, criss-crossed with walkways. I'm a great believer in showing the player the places where they may go later on, but also to show places which are inaccessible and whose existence is to add to the illusion that the place is flippin' huge. Which it is. 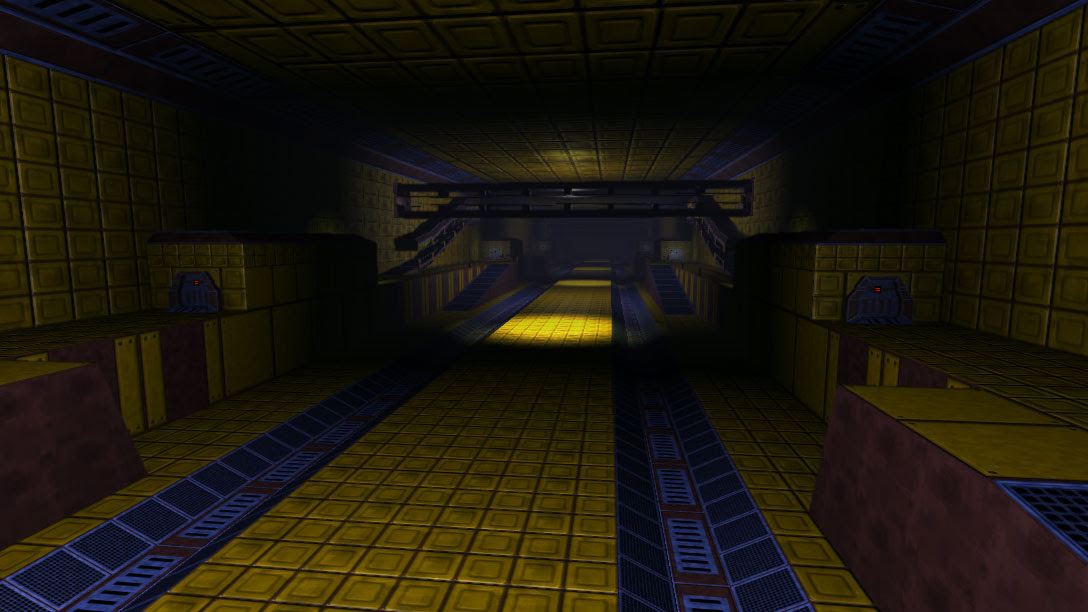 My player model (currently) moves at 8 metres per second on the flat, if you want to get really boring, I can tell you that running through the level gave an average speed of 7.69 metres per second. If you're still awake I can also tell you that it took 420 seconds for a run through one of the two routes (they're about the same give a few of seconds). 8 minutes a second is kinda fast, a bit faster than Roger Bannister averaged. But anyhow, that's around a 2 mile or 3.2km run through. Without things trying to eat me. 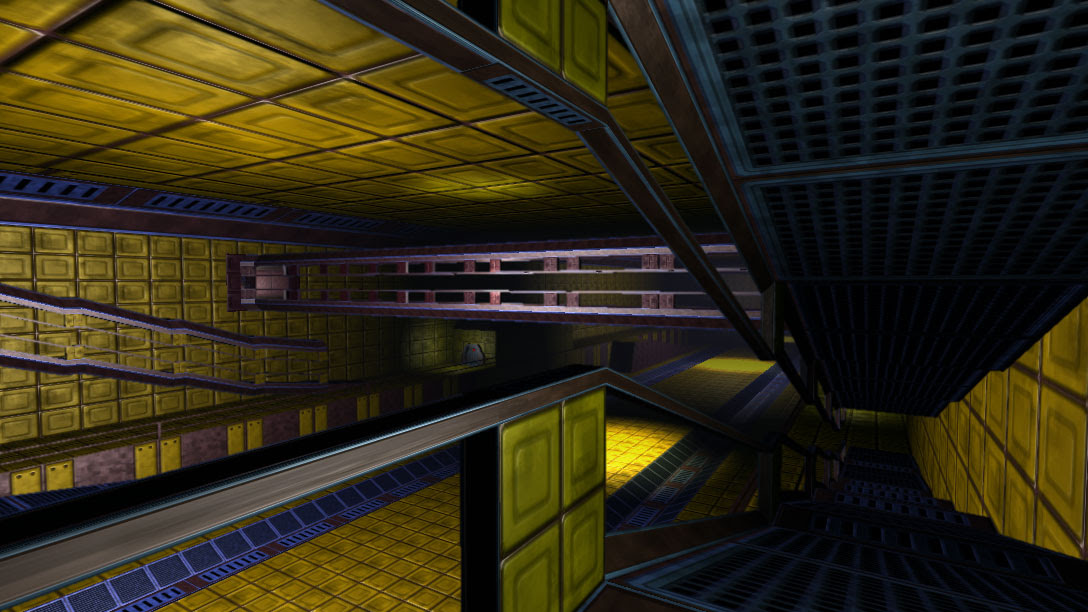 Next up I think I'll be making a few props, cause it is awfully bare, especially within the larger expanses. Performance is good, the model is around 300k polys, and with (hopefully) mesh culling for portaling to come, it'll get a boost as well as keeping all of the extra polys of the props and details at bay. 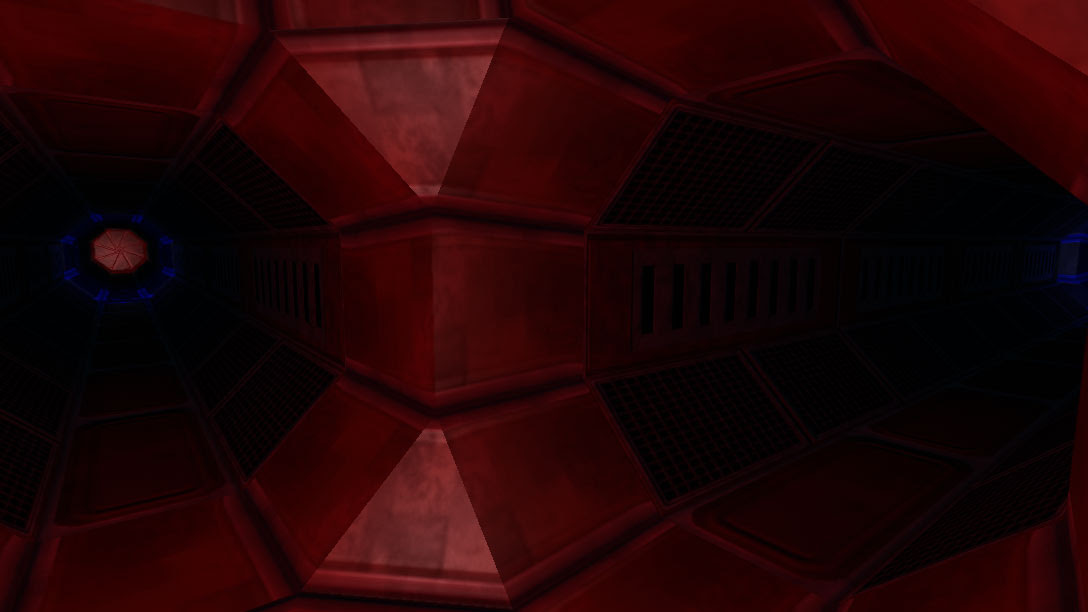 And after populating the whole place with "stuff", I'll redo my player/AI models a bit, as I especially need to fix the arms and sort out some varied setArm animation threads as I've discovered that previously I'd been barking (mad) up the wrong tree on the whole, arms-to-look animations. Also I reckon I can make my models appear more detailed but perform better, which does sound like a contradiction in terms but hey ... 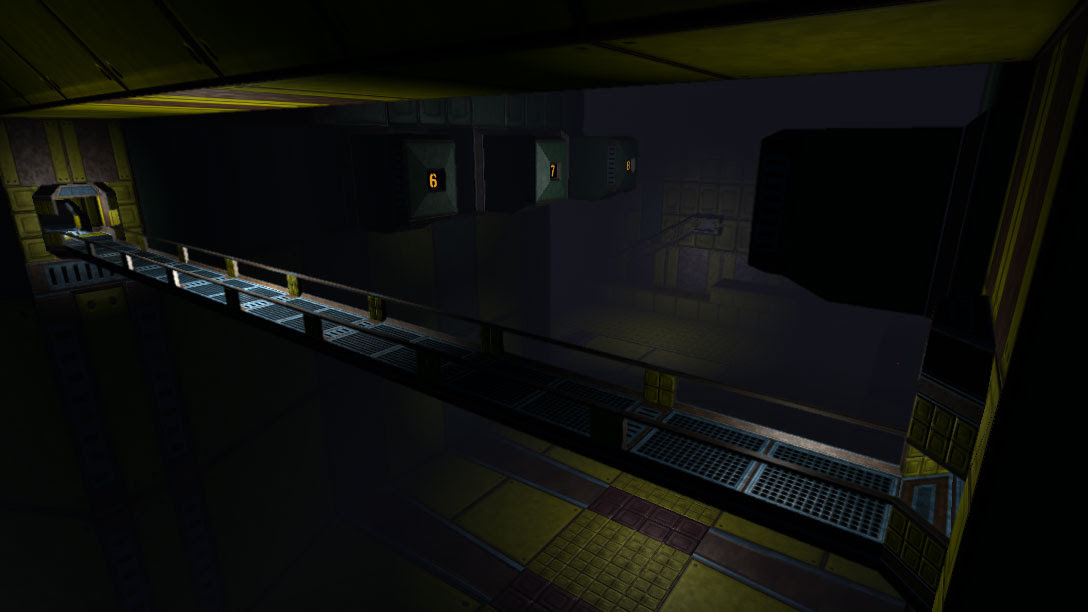 And then it'll be back to doing outdoor environments and ... stuff.

Also HD video of geometry. There's a big, sweeping outer, vista, whole, er ... shot of it all from afar near the end. Goes on for 7 minutes so feel free to take a nap in the middle.

In other news, July nearly over? How the hell did this happen? Why wasn't I informed? And just who is reducing the hours in a day? It can be the only explanation.

At least I've got an enormous Jag.

... I mean lovely level geometry.
Posted by Steve_Yorkshire at 19:09 No comments:

Somebody sent me a cute dino for a pet. Daaaaaaw, it's SWEEEEET!

Just for shits and giggles
Posted by Steve_Yorkshire at 23:32 No comments: