Dubious Demo 2.1 is released! Finally! And considering it was 2 years between my first and second demos, this one has been a mere 6 months.

So, whilst you twiddle your thumbs - perhaps as an Indy Dev waiting for the release of Torque3D 1.1 Final (and the opening up of a new bug forum for it :P ), and if you can pull yourself away from Frozen Synapse for a moment, have a little go on Stevie's new demo. 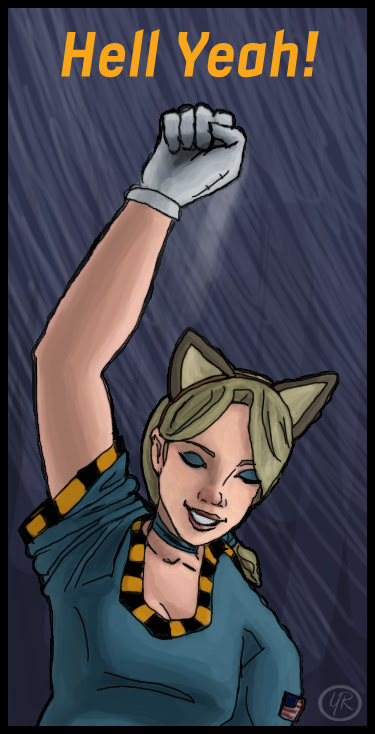 It's had quite an overhaul, new info sections on the GUIs, an intro system, the start of the Narrative Campaign mode featuring level 1 single player scripted level. This has a checkpoint system for saves in-game (not to an external file, gotta work that out yet) so you'll respawn on death at the last checkpoint, and all static pickup items will also respawn to help you out.

PLOT! Not just the sound of a pig diving into mud ...

It's also got a vague narrative to the action some meaning ... you probably don't need meaning to blow aliens to bits ... but nonetheless it has a world beyond shooting to ground the action. Cue cutscenes! Some are player driven with next/back buttons, some are automated to music, these have countdowns telling you how long you have to wait ... all have skip buttons. Nothing worse than not knowing how long a cutscene is gonna take ... except for not being able to skip it!

And now there are 2 levels to play through on the randomized battle mode, and now you've a proper enemy - "The Thing From Ur-anus" ... hordes of nasty little alien beasties desperate to stick the tentacles where you don't want tentacles sticking ... shudders. 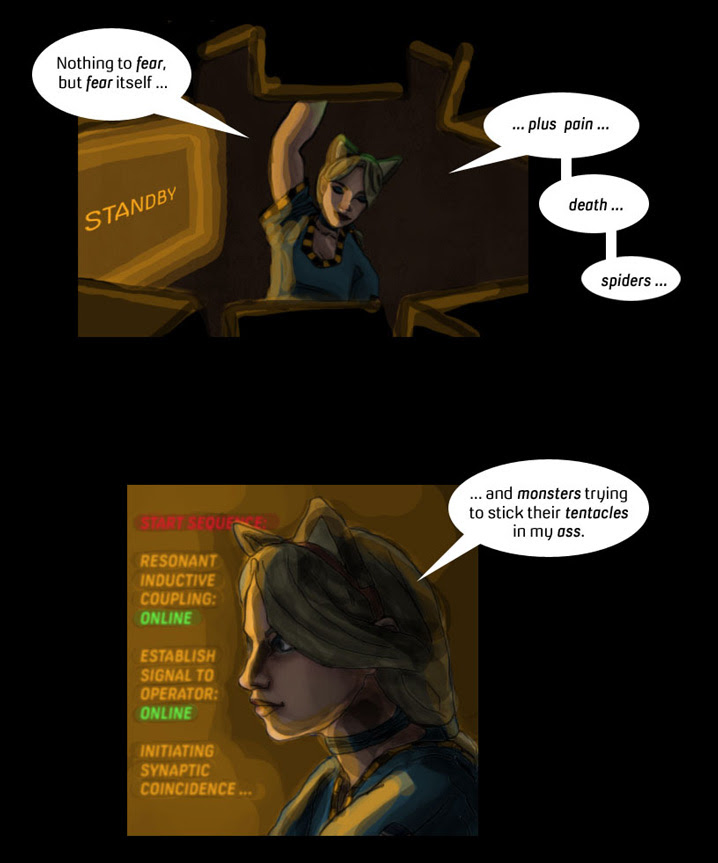 And of course my perchant for jokes ...

Anyhow, it's in the same place and has the same name as before - yorks.deta.in , weighs in at 170mb download - just click the picture of CatChick and read the info on installing (best not to install to program files as I've not sorted the UAC out yet).

And if you're really lazy - here's the direct download: http://yorks.deta.in/download/YR_demo2_setup.exe

Many thanks to Admiral Akba... er ... Ronny for the webspace and bandwidth. :)

Anyhow, this demo gives off a much better "feel" of how I want things to be and a general direction that I am aiming for.

Here's some action showing the 2 main set-piece areas of the scripted Campaign Mode (level 1). Look at that tracer fly!

Posted by Steve_Yorkshire at 05:27 No comments:

Those pesky rocks eh? We all have our rock ... some of these rocks might even be real rocks ... but for most of us it's a metaphycisal rock ... or at least it's not real anyhow.

Game development is a bit like a Japanese RPG - everyone is slightly squashed and absurdly cute ... no wait ... that's not right! There's a lot of GRINDING and leveling up can get to be a real pain in the derriere. Everyone gets burned out after a while, especially when your on an "all hours the Great Magnet sends" routine.

It's even worse if you're making an MMO!

So rather than spend ALL week down the pub or ALL my time reading mildly interesting but mostly inane Wikipedia articles about what someone I've never heard of was rumoured to have done on a particular date in the 17th Century, I decided to have a look at the RTSprotoype information in the stock documentation and see how the camera system and screen-to-terrain input worked - two things which I didn't know anything about.

And from there I decided to build another Tutorial series, detailing how to create a 3rd person, turnbased, squad tactics/action hybrid gametype which follows the gameplay style of "Valkyria Chronicles" ... which I've never actually played, but have watched the whole game streamed. Originally I was thinking of writing a Tutorial for full turnbased tactical game but thought that Valkyira Chronicles" mix of turns and action was quite novel.

The whole tutorial is complete in theGarageGames Resources Section here and also in the T3D Tutorials Section of TDN.

And here's a video of what it looks like:


So, the next time you hear somebody say that :

Link them with that.

Oh hi, Catchick ... who still doesn't have a real name and maybe will always be known by what a certain Mr.Kiss first refered to her as ...

... so back to getting this demo out ... which I could've finished a month ago if I hadn't been looking for something else to do instead ... cue pub and wikipedia. The demo itself is nearly finished, it's "that close" - but you cannot see me holding my thumb and finger a little way apart to demonstrate, so you'll have to take my word that it's about four inches or ten centimeters in new money. And the demo is going to get finished and then released.

It's been a long time and a shed load of work involving a shed load of assets, but that's kinda what a FPS narrative campaign is about, and because of this I've also been thinking of "procedural content" more. In my GarageGames profile it reads:

... Trying To Make Computer Games ... eventually ... was kinda in there as a joke about how long it takes to actually complete anything, but someday I'd like to edit it to read ... Making Computer Games. So to that aim, post next demo release, FPS project is going on the back burner, and an old skool (I hate that phrase!) turnbased, tactics game featuring an entirely procedurally driven campaign system will come to the fore with the intention of shipping before the year is out - in other words, six months. I did previously moot the idea in a previous blog about an X-Com style game idea I had, and my recent "Valkyria Chronicles" style game Tutorial gave a rough proof of concept for the combat/gameplay control system.

It'll still be massive - I just won't have to script every single fart an Ai makes ... but first, finish off Dubious Demo 2.1, cos this time, it's got the start of a Narrative Campaign ..
Posted by Steve_Yorkshire at 02:12 No comments: