Not going to be much of a Swag Em Up without making sure that the Swag drops.

With 108 power-up collectibles I needed a way of distinguishing the type of object that would be collected from each drop point - without having to resort to making a model of every single one. For this I decided to go with the class value of the item, as used in the image displayed. 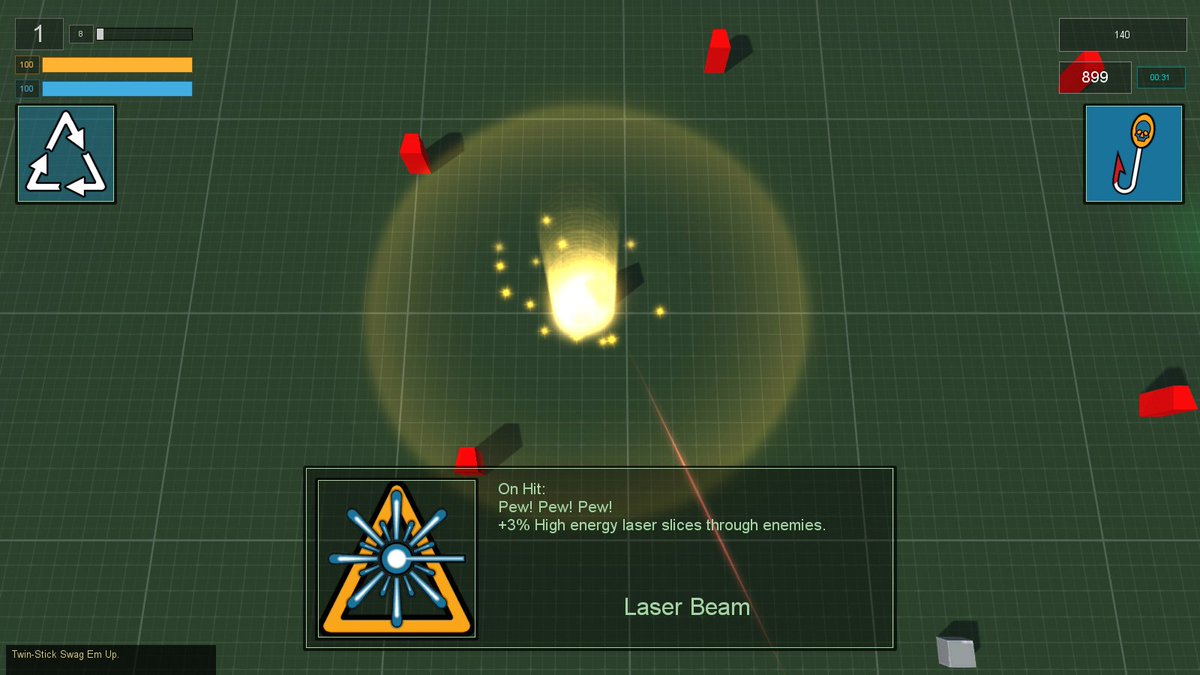 On top of Common, Uncommon, and Rare upgrades, I also have Use items and added a Hidden/Mystery indicator which hides the class of the collectible. There are also Gradius style Follower "options" which increase firepower and are hidden from displaying in the Mystery category. These Follower objects have their own upgrade system which runs through the colours of the rainbow - influenced from the security clearance levels of the old pen-and-paper RPG Paranoia: ROY G BIV(U).

So I ended up with the following visual indicators for what type of Swag might be dropped. Unknown collectible is a swirling animated vortex, whilst all others use the same class value symbol as displayed on their image when picked up. I might extend this to show the type of power-up available such as on Attack, Defend, Temperory, Permenant, etc. 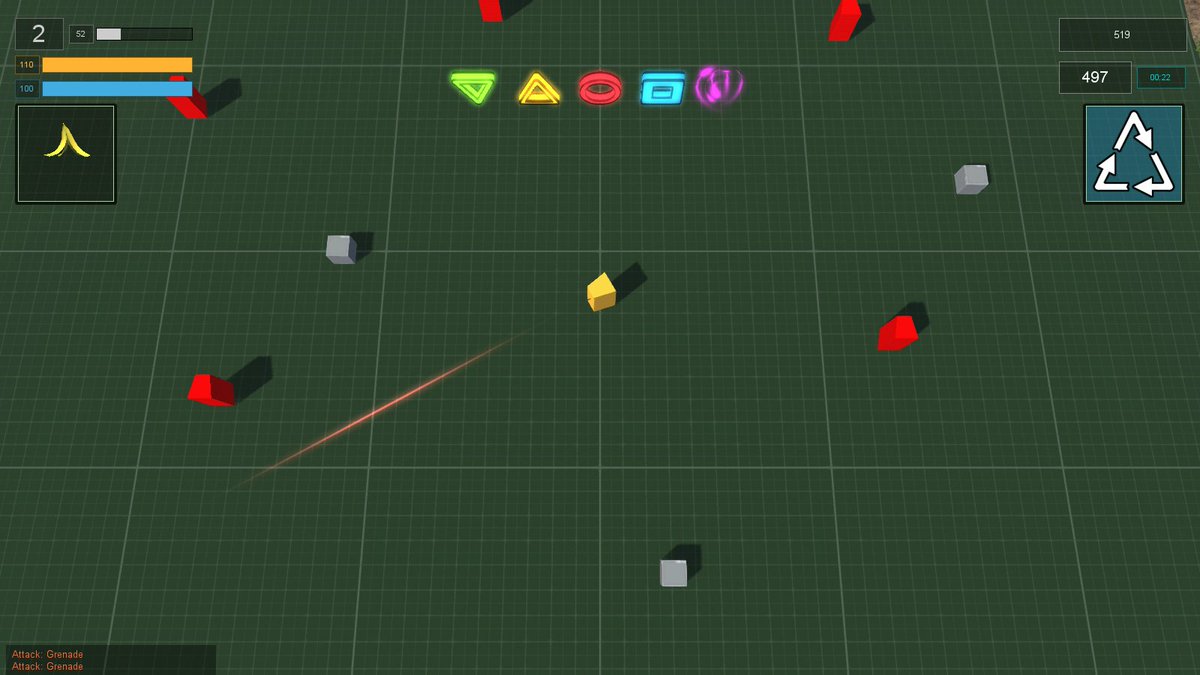 To test if all my code and math was in working order, I created a test zone and heavily populated it with repeating terrain meshes and Swag drops. Having previously learned that 1 30x30m mesh produces far fewer drawcalls than 9 10x10m, I used 1,190 meshes to cover roughly 1km squared. Placing Swag Drops 40m apart over a 300m area, meant that I ended up with 272 Drop points for Power-Ups. Each dropPoint (think Swag vending machine) consists of the rotating, non-colliding item for the value indicator (heavier load than the previous static mesh I was using), a placeholder cube for the dropPoint, a pulsing light - categorized in colour to the class value, and some particle and sound emitters for charging the point, and also for dropping the Swag. The last thing was to add some LOOT in the shape of bronze, silver and gold coins.

So that works nicely. I've been recording the value quantities spawned and it all seems to work well with my mathematics formula which is based on difficulty/level progression. And it's beginning to feel kinda like a game now.

Posted by Steve_Yorkshire at 22:21 No comments: