*wheeze * wheeze * It's been a hectic old month, and that is of course, one month more than I had wanted. But now we have music, instructions ... which players will probably just ignore ... and a fair few other things. It's finally looking quite "game" like.

Gameplay instructions are done, and that was quite a task to get the neccessary information across without it being confusing or overly long winded which is something the British are really great at ... being overly long winded that is ...

The settings dialog got a complete purge. There is now an "environmental audio" channel, so you can turn the wind/rain/ambience up and down depending on how much you want to listen to the music or not. 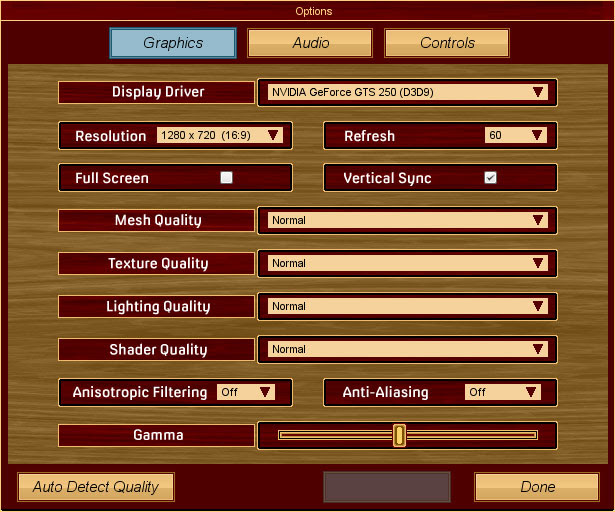 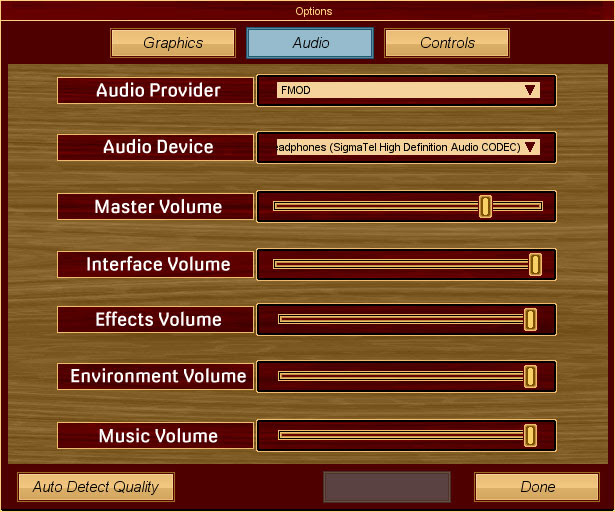 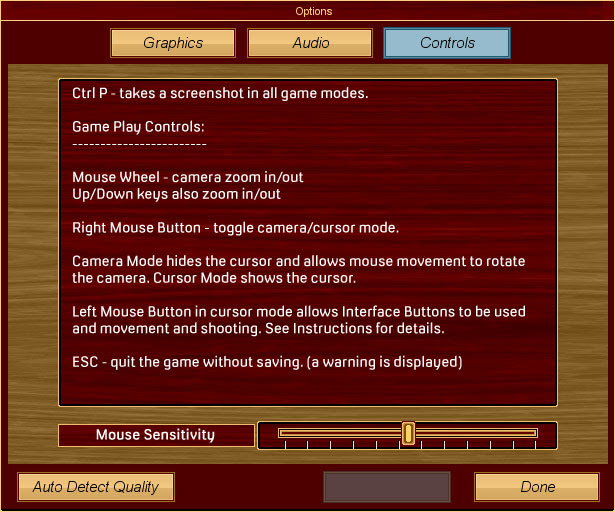 The whole game has had all of it's user interfaces completed ... apart from a couple of changings I now want to make to a couple of things ... and there's an intro system which isn't overly long and main menu screen.

And Tactical Battle Mode is pretty much finished. Literally the only thing remaining is some death/pain audio, as currently it's the stock "uhhhghhh" which doesn't sound very dramatic ... :/

And here's a decent play through of a saved game. The music skips a bit due to editing things down and my PC grinding to a halt every so often under the strain of recording ... which is when I realised that I was still using a 3 year old version of FRAPS and could really do with downloading the new one ...

The video shows off the various screens and options and my attempts to snatch defeat from the jaws of victory in a battle against the Ai.

Last up a short video showing off my take on "beam" weapons. I wasn't actually going to bother making a video for this specifically but did so to show my method of attaching a staticShapeObject with an animated texture to the muzzle of a weapon and then scaling it along the vector whilst a raycast does the hit detection and deals with impacts, explosions, debris, decals and the such like.

I've also cleaned up a whole host of really random, esoteric bugs which I found occur in very specific circumstances. Really, I sometimes wonder where the hell these things come from - though admittedly a couple were clear why did I think doing it that way was ever a good idea issues.

The strategic hexes have been finalized and recreated. This time they are actually using the textures of the environments in which they are based. The whole "Citadel Campaign" has been fixed and is now finished. This is the "bonus" campaign, which was supposed to be the "short" campaign but actually ended up being pretty enormous in it's own right. Captured territory in amber.

The player has to blast a path through occuppied territory, building up their core of veteran troops as they go and storm the pirate Citadel at the other side of the board. Capturing forts as they go gives upgrades to weapons. All hexes and fort locations are randomized on start of the campaign, and all other hexes have a randomized enemy force defending them to give a little variety of opponents during tactical battles.

Posted by Steve_Yorkshire at 19:38 No comments: