Level 4 is a grassland, inspired by the Asian Steppe. Originally the grass was going to be green, but the previous level was predominately green, so for variation I changed it to a more prairie yellowish-brown. 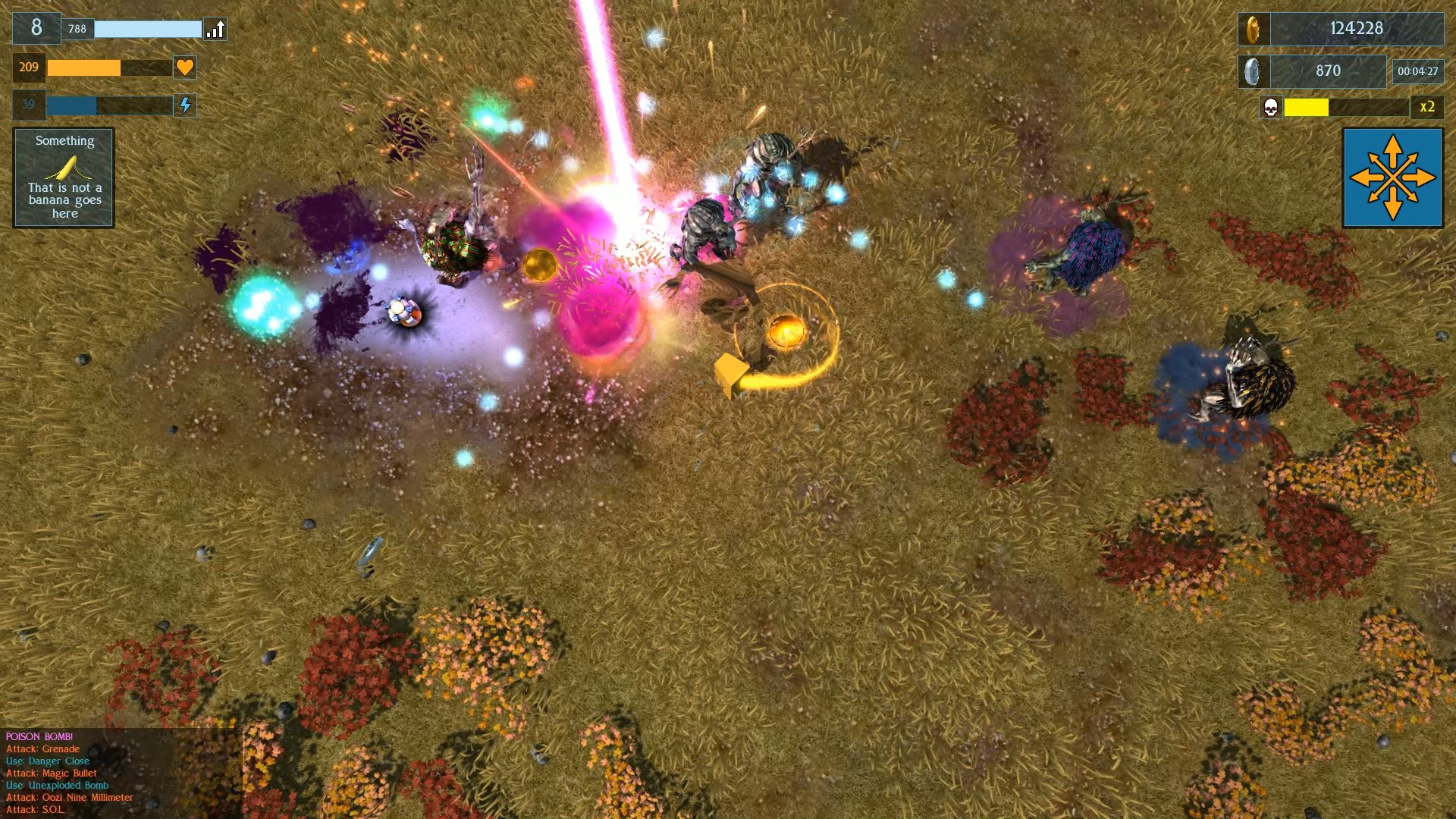 Grasslands, by their very nature are somewhat ... well, bland. There's a lot of grass and low rolling hills with more grass and not very much else. The level is mostly wide and flat open spaces, with high, dark, rock walls to limit the playable environments outer reaches. I added a few extra rock outcrops to break up the vast expanse and created a central "hub" mountain which dominates the centre of the map to create a vaguely circular map with a lot of open space. To disrupt the near constant flow of grass I threw in a few autumn coloured bushes which help add variance to the monotony, and clumps of violet flowers for a colour deviation. The violet flowers are all clumped around the central mountain, whilst the red and yellow bushes tend to crowd towards the outer edges of the map. This helps the player orientate themselves a little to their position in the wide expanses.

Whilst planning level design I realised that as the game progressed, the levels were getting too big too quickly. I do a lot of heavy playtesting - because, well, no one else is, so it's the only way to spot issues with things. By level 3 I was getting lost quite easily in the various narrow alleyways of the canyon level.

Whilst developing the gameplay and enemies for each level, I had been using my test level with grid textures for each of the consecutive level maps. This meant that I had always been testing in the same space. When I started to create the actual individual levels I had multiplied the size.

I went back and redesigned the first three levels, first cropping them into a more square shape that would fit inside a 512 pixel heightmap rather than a long thin shape that spilled into a 1024 pixel one but didn't use up much of the available space. This saved on the amount of terrain that the engine had to render and precompile collision for, which in turn saved on the number of polygons that had to be drawn.

The original test level had later become the basis for the first level. This map has a traversable area of twelve percent. Originally I had started by doubling the size for progressive levels but this now obviously far too much. Going back, I redesigned the second and third levels with a formula to increase level size based on around 50%-70% of level 1 size. Thus level 2 now has a traversable area of >150% the size of level 1 at ~20% of the 512 pixel heightmap, and level 3 is >200% larger than level 1 with a traversable area of ~26%. By contrast level 3 has an area of  ~33% that the player can traverse.

Smaller heightmap sizes obviously reduce the amount of renderable terrain triangles and collision calls. For the first time I also used the "remove terrain tool", creating holes in the terrain in areas which the player would certainly never be able to see on-screen. This helped reduce the renderable area further. 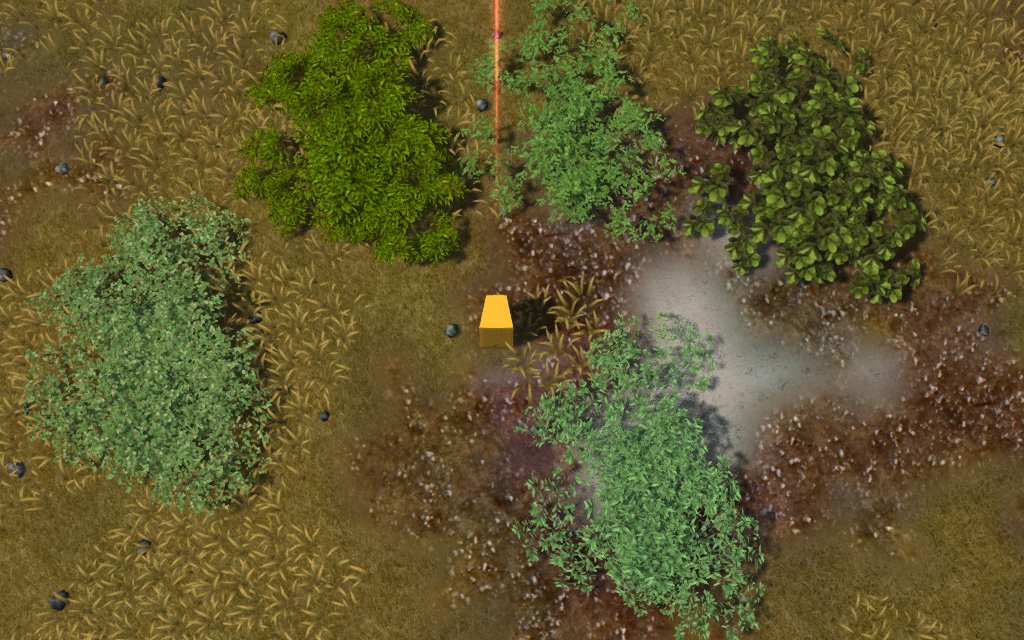 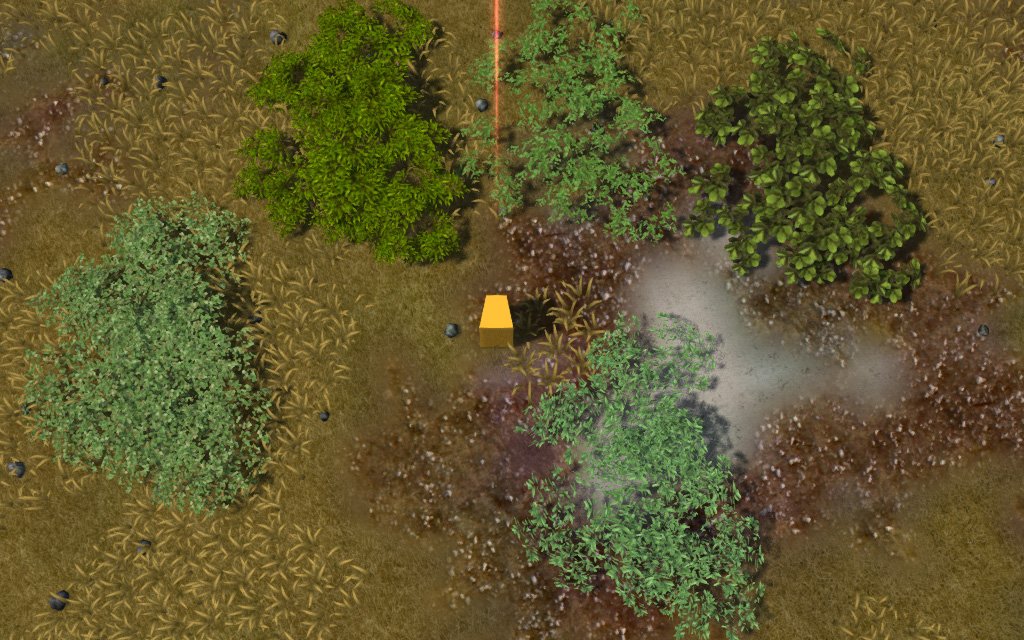 In the spirit of creating complex but also lean environments to reduce overhead I had another look at all my foliage. Whilst grass clearly needs all of it's polygons, I thought that I might be able to save a few on the bushes as the leaves near the undersides are not all going to be visible, obscured by those on top. I selected all the polygons that could be seen from directly above and deleted the rest. Depending on how thick the textures are with leaves, this thinned the viewable foliage somewhat, but for a saving of a whopping 50% polygons. Bushes are there to add movement in the wind and prevent the levels from looking barren, they're not there to hide the terrain beneath them so being more see-through is not a problem.

I tried the same idea with trees but the saving were so small - around 10% - that it didn't seem worth bothering with, so I left them as is.

And that, has been the month of May, 2019. Also the local internet exchange blew up and I was reduced to living a stoneage existence, devoid of memes, waifus, and all the important work related sites and indie game and engine development discord channel I rely on for day-to-day information about work.

In the meantime I rewrote various bits of code related to spawning the player in more open areas, reworked some effects and did manage to have a little play around with the (PBR) Physical Based Rendering package due for release with the next update of the engine. 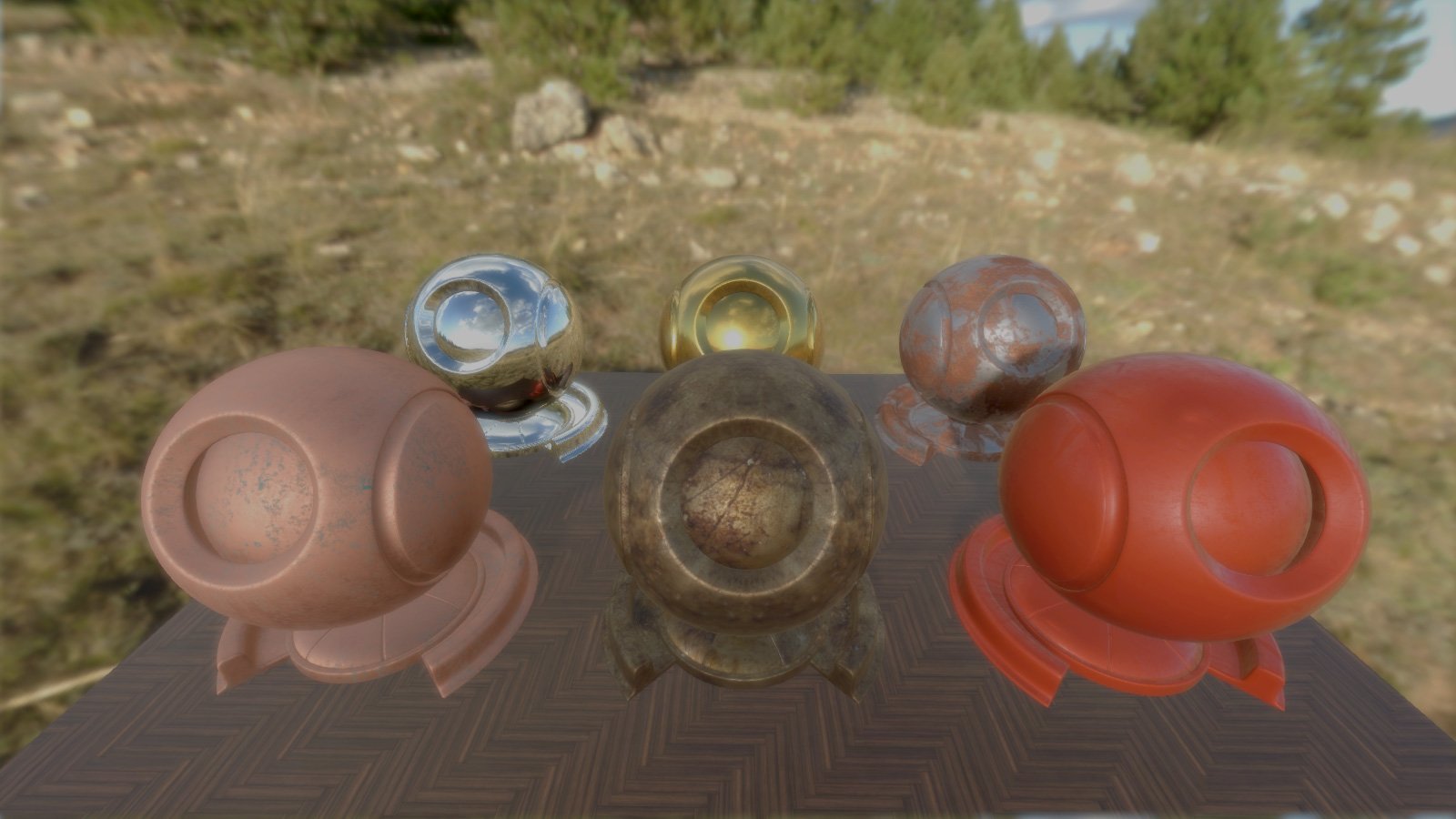 Not entirely sure which bit of the development cycle I will tackle next. I might continue with level building as I am now 40% complete, or I might go back into 3D character modelling and finally replace that yellow placeholder cube with an actual player character.

In the meantime, have a look at some gameplay testing for level 4, The Steppe.

Tune in for next month's exciting instalment of the game development that never ends! 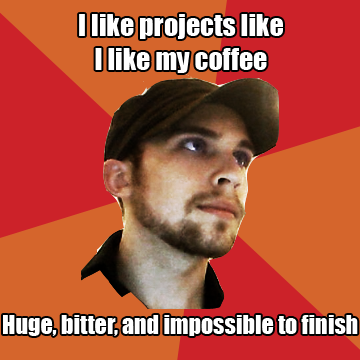 Posted by Steve_Yorkshire at 15:31 No comments: