Last year, Mummzy got a Viking broadsword for her birthday. 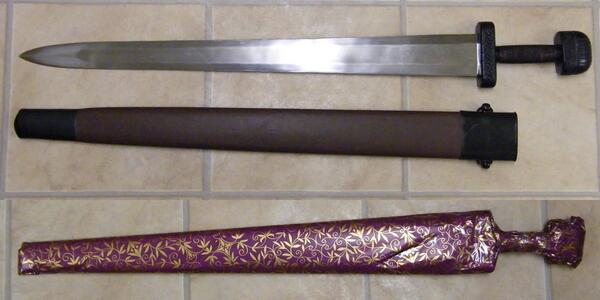 This year she got fruit ... which is kind of a come down on last year's present, I guess.

But Airship Dragoon is available direct from the dev on sale with 75% off until 8th May 2014.

That's 5 US Dollars, 4 European Euros or 3.25 of Her Majesticnesses' Quids Sterling.

Posted by Steve_Yorkshire at 21:53 No comments:

Email ThisBlogThis!Share to TwitterShare to FacebookShare to Pinterest
Labels: sale

Whilst currently working on documentation for the modding of Airship Dragoon, I thought it might be nice if I created my own "realism" mod. So here's a first look of the inital testing.

Muh Parallax! Probably needs calming down a little but it does look rather nice.

Trees are created using a specific tree modeling app called Forester Pro, created by some chaps with an interest in actual Earth Science and they scan their own leaves, bark, etc - except for endangered species, I liked how they mentioned that about some flowers. It comes with specific export for XNA, Unreal Development Toolkit (UDK), Unity, Torque3D and Dark Basic, as well as standard FBX and DAE export for most modeling apps. It also does LODs and billboards which is nice.

In other news, Airship Dragoon is now at 94% on Steam Greenlight with over 6000 votes.

More votes would be greatly appreciated, thanks! :)

Posted by Steve_Yorkshire at 15:46 No comments: